A brief history of nagging 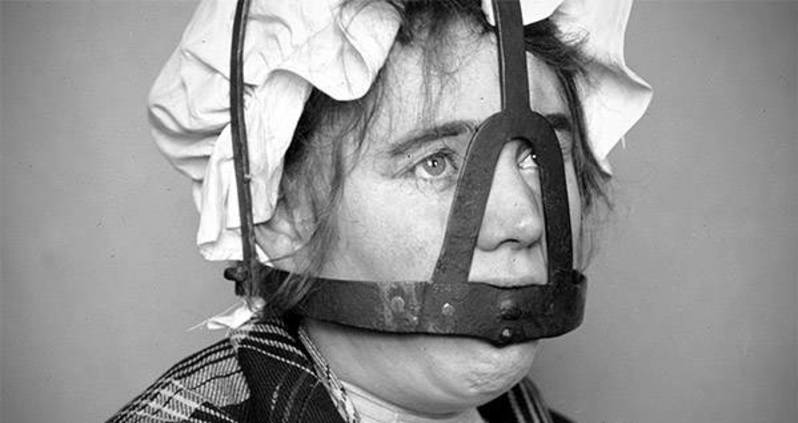 I recently mentioned to a friend that feminist verbiage amounts to little more than organized female nagging — the endless attempt to shame & guilt men into providing resources and status for women. Is it any wonder that feminist street placards emphasise “having a voice,” “women speaking up,” “not being silenced,” and “speaking out”?  These phrases are nothing more than euphemisms for the ear piercing, fingernails-on-blackboard nagging that women have never gone without. Sadly, the days of being able to deal with nagging by use the following device are long gone:

So universal is the archetype of the nagging woman that I visited Amazon certain that someone would have written a book titled “The History Of Female Nagging,” but to my surprise found there was none.

I guess its like other universals such as ‘everyone has a buttocks,’ – so blatantly obvious that no book is necessary. That said, I still wanted to dig deeper into the topic and so decided to check an online etymology dictionary, which reads as follows:

What struck me here was the association nagging has with acts of biting and gnawing, which is exactly what feels like is happening to your soul when being nagged, as any man or child will confirm. In this respect it reminds of the mythical eagle gnawing at the liver of Prometheus, only to have it happen again the very next day in an endless round of torture.

Considering the longevity and ubiquity of female nagging, and considering also that gynocentrism and feminism are collective nagathons, I think the future looks bleak in terms of a breakthrough for men. Our modern world has successfully institutionalized nagging at the highest levels – from the United Nations to national governments, and all the way down to schools.

This leads to the disturbing definition of feminism as “Institutionalized female nagging.”

Let the naggers chew on that definition for a while.

Perhaps we can put a positive spin on it and say that the drip, drip, drip of female nagging, from bassinet to coffin, has a toughening effect on men, bringing out the best of stoic resistance and emotional control that men are famed for. At least when its not driving men to die early, or to suicide at four times the rate of women.

Having got the gist of what I already knew about nagging, I searched the internet a bit further and noticed the following blog article below, which is relegated to Creative Commons. It digs a bit deeper into the topic and I repost the following excerpts for your interest:

A brief history of nagging 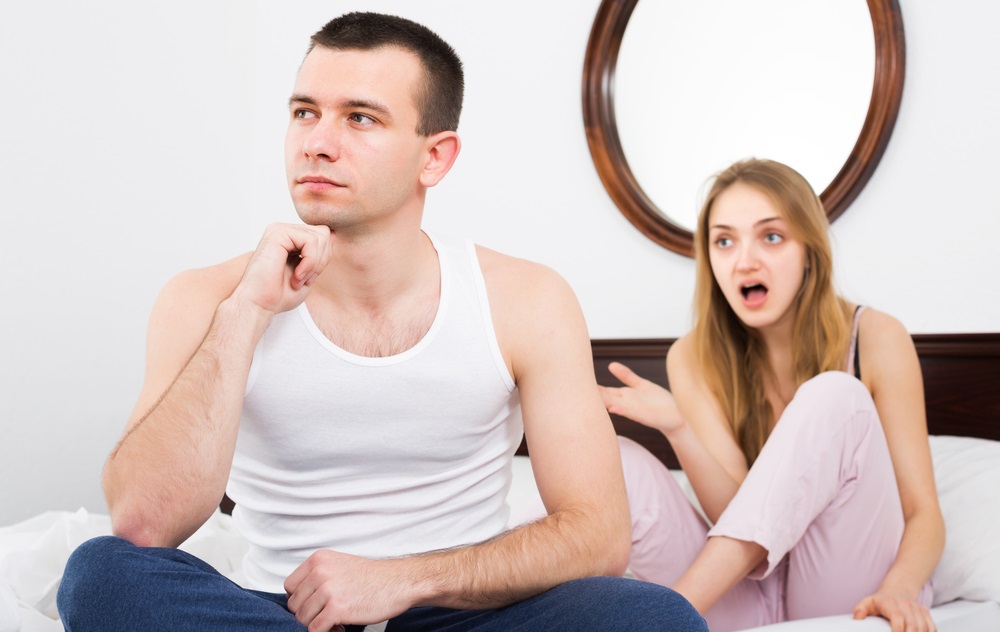 Socrates, the famous Greek philosopher, is supposed to have had a nagging wife who drove him to spend his time in the city squares and gymnasia, much to the benefit of philosophy. The figure of the nagging wife finds mention in the Bible, (indirectly) in the Quran, and is a crucial moment in the story of the Ramayana. She is to be found in renassaince Italy, in medieval England, on the expanding border of America’s “wild west”, in the bedrooms of colonial India and in the sit-coms of post-modern Europe.

What is interesting about this figure of the nagging wife is that it is one of those few characters who transcend history. Like the sacrificing mother, the unrequited lover or the tragic hero, the nagging wife can be found in ancient, slave owning agricultural societies, in prosperous trading medieval ones and in post-industrial wastelands of contemporary West. What is it about the nagging wife which makes this character so universal and transcendental?

It is not only the wife who deploys this weapon of the weak. Children use it to excellent effect. In that context (parent – child) it is not generally called nagging but rather ‘pestering’. It too emerges from a similar context of powerlessness of children within the family, where the only way for them to get their point across is to ‘pester’ their parents till they accept defeat. Today, the power of children to pester their parents into taking decisions is an important weapon in the arsenal of advertisers who use “pester-power” to sell everything from groceries to cars.

In the contemporary world, many families have moved out of the context under which nagging by wives exists. Women own property, often they are in positions of power and are effective decision makers. Nagging does not automatically end in these contexts, just like it does not automatically exist in all patriarchal families. Today nagging is not necessarily confined to the patriarchal family and has been, in a sense, freed from the context of the patriarchal family under which it originated and survived. It has become a cultural archetype which women (and men) absorb into their personalities in the process of socialisation. Where it exists outside the immediate context of the patriarchal family, it exists only as a weapon of offence and not as a survival skill of the weak wife and it “forges its own chains” for those who deploy it in inter-personal relations. The question arises, are we courageous enough to surrender this weapon? 2