A Letter to Joe Biden 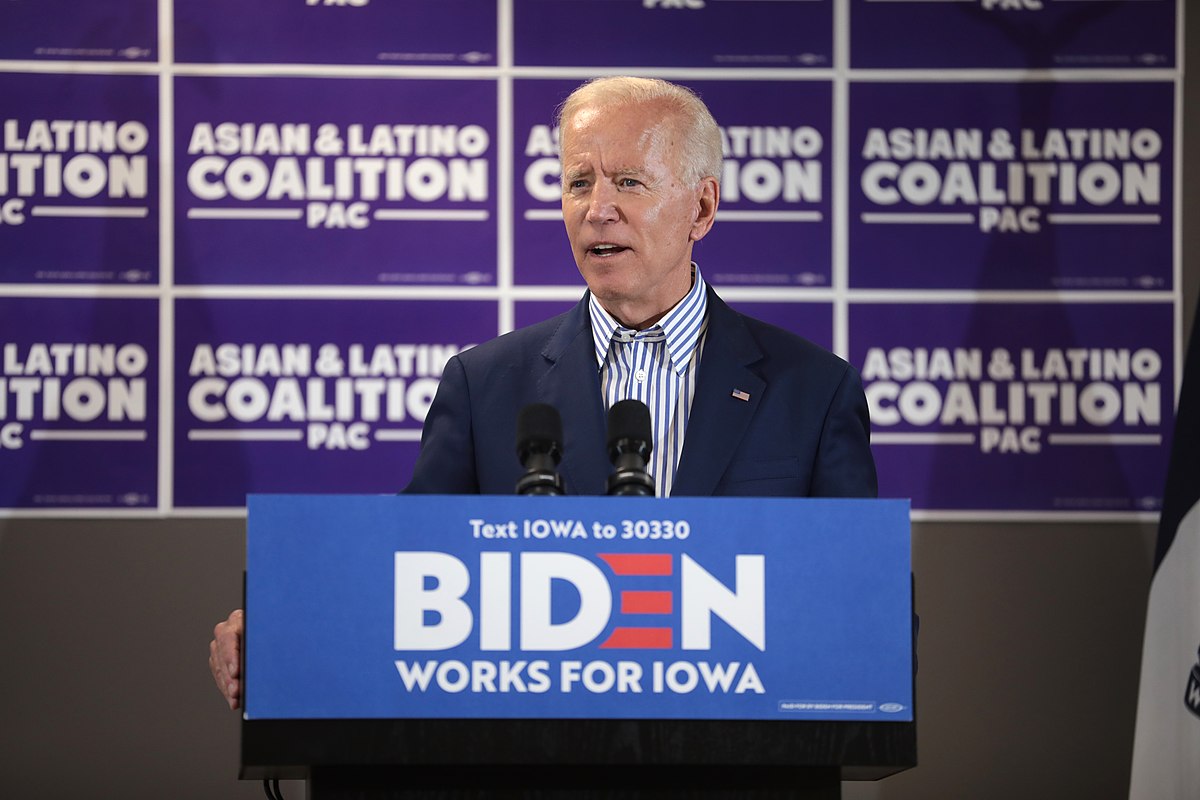 Congratulations on your campaign’s remarkable turnaround. With Bernie Sanders recent withdrawal from the race, it appears that you will be the Democratic party’s candidate in this year’s presidential election.

But as much as I’d like to, I can’t vote for you. Let me explain why.

First, as an American citizen, I’ve always considered it a privilege—even a sacred obligation—to vote. Except for a few off-year elections I’ve voted in every election since I became eligible in 1972.

But I didn’t vote in the 2016 election, as I felt neither of the candidates were worthy of electing, largely because their poor treatment of women.

I couldn’t vote for Donald Trump because of his long history of disrespect for women, glaringly exemplified by his extremely lewd conversation about women on that infamous 2005 Access Hollywood tape.

And I couldn’t vote for Hillary Clinton because of her mistreatment of the “bimbos” who dared accuse her husband of sexual misbehavior. This despite having twice voted for Bill Clinton and, early in the Clinton presidency, having once envisioned myself someday supporting Hillary for president. But that was before Bill’s shameless lie about “not having a sexual relationship with that woman” and Hillary’s and the feminist establishment’s hypocritical stance whether Bill had sexually harassed Monica Lewinsky. Why didn’t Hillary and her feminist friends “believe all women” then?

I’d like to vote for you, but I can’t because of your poor treatment of men.

Specifically, I can’t vote for you because your co-sponsorship in 1994 and continuing support of the Violence Against Women Act (VAWA), an act that you know—both through your own family history and by way of a paper written by one of your students at the Widener School of Law—is biased against men. Even the law’s name testifies to that fact.

Your family history and the content of this student’s paper show that you know the basic premise of the law—that women are the primary victims of domestic violence—is a lie. In fact, you know from personal experience that women are as violent or more violent than men in relationships. Just ask Johnny Depp.

First, your family history, which you shared in the “Women and Violence” senate hearings in 1990, shows that you are a male victim of domestic violence. Here’s a part of your testimony (starting on page 171):

“In my house, being raised with a sister and three brothers, there was absolute-it was a nuclear sanction, if under any circumstances, for any reason, no matter how justified, even self-defense-if you ever touched our sister, literally, not figuratively, literally. My sister, who is my best friend, my campaign manager, my confidante, grew up with absolute impunity in our household. And I have the bruises to prove it. I mean that sincerely. I am not exaggerating when I say that.”

“In these disturbing revelations, Biden offers us a glimpse into a tragically dysfunctional and abusive family. The rules he describes are clear. His sister was granted license to terrorize and abuse him over a period of years while the family strong-armed him into the role of her designated punching bag. This was maintained under the threat of a ‘nuclear sanction’ if he dared attempt to defend himself or stop the beatings.”

And yet as an adult you went on to co-sponsor a bill that completely negates the reality of both your and hundreds of thousands of other males’ experiences with violence perpetrated by women!

And surely you must recall the paper that you received by a student in your law class, David Burroughs? His paper, titled “State Discrimination Against Male Victims of Domestic Violence and Congress’ 14th Amendment Power to Prohibit Such Discrimination” earned him an “A”. His paper begins with the following quote from Richard J. Gelles, widely recognized as one of the earliest and preeminent researchers in the field of family violence, in an article written by Gelles, “The Missing Persons in Domestic Violence: Battered Men”:

“Men have been shot, stabbed, beaten with objects, and been subjected to verbal assaults and humiliations. Nonetheless, I do not believe these are the ‘horrors’ of violence toward men. The real horror is the continued status of battered men as the ‘missing persons’ of the domestic violence problem.”

You may also remember Mr. Burroughs for his billboard campaign in 2005 at the Wilmington, Delaware Amtrak station to remind you that men are abuse victims, too.

But to be fair, perhaps you still don’t see yourself having been abused as a child. Perhaps you don’t recall Mr. Burroughs’ law school paper. Or even his 2005 billboard campaign.

Perhaps you honestly are unaware of the following about the Violence Against Women Act:

You and others reading this letter may disbelieve this last statement. You and they may wish to take time to read the National Family Violence Surveys of 1975 and 1985. These two federally sponsored studies were the first to conclusively reveal the predominant female role in domestic violence. Over the past 30 years hundreds of other studies have confirmed the findings of these pioneering studies. They have all arrived at the same counter-intuitive, but undeniable conclusion:

Women are at least as violent as men in intimate relationships.

Or you may wish to read a revealing book by Patricia Pearson, a self-described feminist, “When She Was Bad – Violent Women and the Myth of Innocence”. A single paragraph from this book perfectly summarizes the truth that The National Organization for Women and other gender extremists wish to keep hidden from you and the American public:

“Women commit the majority of child homicides in the United States, a greater share of physical child abuse, an equal rate of sibling violence and assaults on the elderly, about a quarter of child sexual abuse, an overwhelming share of the killings of newborns, and a fair preponderance of spousal assaults.”

History will ultimately show that, with your active support and assistance, the United States Congress, in passing the Violence Against Women Act, enshrined into American law an Act that shares the same ideological parents as the Nuremberg Laws of Nazi Germany: hate and prejudice. This law is not worthy of a nation that needs to present itself to the rest of the world as a “fair and just democracy”.

So, Mr. Biden, even if you didn’t know before, you do now: You can no longer deny the truth about the law you helped birth, the Violence Against Women Act.

All I and other fair-minded people ask is for you to commit to making the Violence Against Women Act gender neutral and remove restrictions on helping men. You can start by renaming the law the Family Violence Prevention Act.

If you do that, I’ll vote for you later this year.

Otherwise I just may have to vote for your opponent.

Original Story on AVFM
Author: Stephen Bond
These stories are from AVoiceForMen.com.
()