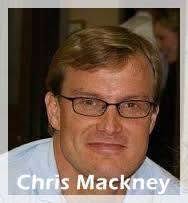 Back in July of 2014, AVFM published the tragic account of the life and death of Chris Mackney, a man who committed suicide after what he alleged was continuous psychological and legal abuse by his wife, Dina.  We published Chris’s suicide note in its entirety, which describes his nightmare in horrible detail.

Shortly thereafter we were contacted by legal counsel for Dina Mackney, informing us that she held the copyright to his suicide note (since he did not leave a will and the two were still married when he ended his life).

Trying to use Dina Mackney’s alleged ownership of Chris’s final words, we were threatened with legal action if we did not take down the post containing his suicide note. At the time there were a handful of other websites who were similarly threatened and who capitulated to the demands.

Naturally, we refused to assist them in silencing Chris Mackney forever and were prepared to engage legally but apparently Ms. Mackney’s counsel thought better of the matter and we never heard from them again. The post in question remains up to this day, as it always will.

For the many of you who have seen The Red Pill Movie, you may have noticed in the end credits that the movie was dedicated to the memory of Chris Mackney and Earl Silverman, another victim of suicide who killed himself after being harassed and abused by advocates for women in the domestic violence industry.

I have long considered the matter sadly closed; another horrific story with a nightmare ending for a man targeted by a corrupt, misandrist system.

Just minutes ago, however, I was passed the following image from a Facebook friend who alleges that it comes from the same Dina Mackney who was married to Chris Mackney. The same Dina Mackney whom Chris alleged in his final words cruelly and abusively drove him to take his own life. My stomach turned as I read it. 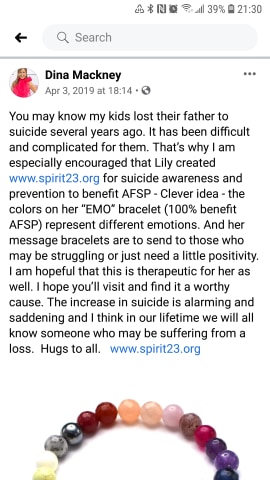 And this, too, was passed my way. 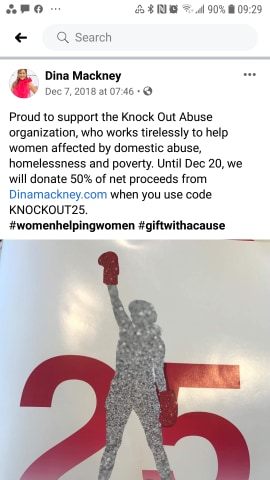 I have no words to express how I feel after reading this. And it is probably better that I don’t. Suffice it to say that the only thing I am grateful for at the moment is that I’ve been given a reason to stop and remember the life and death of Chris Mackney, and to assure readers of AVFM that we will never be silenced.

Original Story on AVFM
Author: Paul Elam
These stories are from AVoiceForMen.com.
()