Millennial Manifesto: The Dissolution of Monogamy 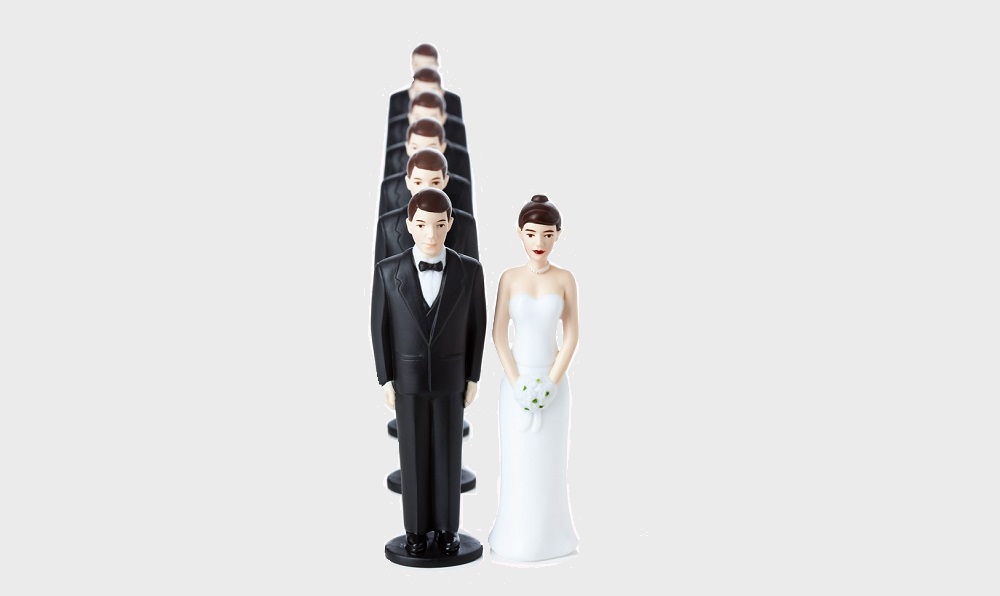 Hello, I’m a millennial, you know that blizzard of snowflakes threatening to bury western culture under twenty feet of frigid, vacuous, postmodern-induced nihilism. The group which intends to erode every institution of the western world into an unrecognizable putty of existential self-annihilation. Though it is worth noting the next generation is shaping up to be worse. If mine is the snowflake generation, gen-z are a hailstorm threatening to smash the windshield of your car in the driveway. Don’t believe me? Just look at Tik-Tok. Or if you’ve never heard of Tik-Tok, or don’t want to download the app, grab a shot glass from the kitchen cupboard, go to the garage, and do twelve shots of gasoline. You’ll get the general idea of its aesthetic.

But I’m not here to bash generation-z. This is a piece which I’m hoping will once and for all make anyone left who still wonders as to men’s declining motivation to participate in the dating and marriage markets to understand definitively why so many men are checking out. Perhaps I’m only venting, perhaps this is nothing but a torrential screed of frustration. To some extent, I know I’m preaching to the choir.

Let’s begin by stating the obvious. The social contract between the sexes has been a negotiation between Feminism and the state for the last sixty years. The result—the entirely predictable and unsurprising result—is a female-centric rag straight out of Jezebel’s cooch that a growing contingent of men wouldn’t touch with a hazmat suit, even if they had terminal cancer.

Let’s give a rundown of the social contract’s content. Keep in mind, every single way society used to compel women to contribute to men’s lives has been rebranded ‘Patriarchal Oppression’ in one form or another, and resultingly there is no certainty of any form of reciprocity contained.

Asterisks beside all of the above, the one certainty—the one absolute culturally sanctioned, state enforced guarantee—is men’s compelled labor to contribute to her life…whether or not she wants you in her life, as she may always have the man surgically removed from her life and still compel contributions to it.

How any women in the world are still confused at all, despite their sweeping claims to empathy, emotional intelligence, social perception and intuition, and still be unable to detect any legitimacy to men’s reluctance to accept this arrangement is an indictment of women’s intelligence. Still, part of me suspects women are aware of the poisonous state of marriage, but the usual formula of self-infantilization and shaming men for the world’s woes, is easier than the humiliation of women having to acknowledge the damage they’ve done to these institutions, not to mention the responsibility of having to solve the problems women have caused.

It is also worth noting that monogamy itself, the very sexual selection paradigm upon which the highest functioning marriages are built, has also been rebranded as oppressive to women. This, coupled with women’s sexual liberation, has collapsed a once high functioning monogamous culture into a dysfunctional, polygynous one.

At least insofar as monogamy was a form of existential socialism, turning childbearing years into an egalitarian institution of responsibility, has instead dissolved into a paradigm wherein childbearing years are a competitive resource. This gives women latitude to place a draconian price on their sexuality, while squandering their most valuable childbearing years building careers instead of families, obsessively fixating on such a tiny percentage of the male population that we now have a dichotomous distribution of childbaring capacity among men. With one group of men having such abundant access to them, they’ve lost any incentive to take responsibility for them as there is little to no urgency to do so, and the rest of men’s access to childbearing years is so miniscule, there’s very little if anything for which to take responsibility at all.

The polygynous paradigm of sexual selection, being so lopsided, has created a vacuum of unfulfilled male sexual interest, which is now being filled by industries attempting to atomize human intimacy. To put it simply, if we do not reproduce monogamy culturally, it is clear we will produce it technologically instead.

Pornography, hook up apps, dating websites, sex dolls, sex robots, artificial lover simulation games, girlfriend simulations , Onlyfans, cam modeling, virtual reality, etc. The world is not in an ambiguous state in this regard. The rebranding of monogamy as oppressive to women is wreaking havoc on the pair bond between the sexes, and stimulating this confederation of multi-billion dollar industries all in heated competition to once and for all erase human courtship, converging on a future in which men and women share their romances with industries more than with each other. We’ve already reached the point where many men and women have more loyalty to their favorite gaming console and makeup brand than with the opposite sex. Just picture this further developing another thirty years. Fifty. 100? Do we even want to know what this is becoming?

I’m more than prepared to say that women’s sexual liberation is a failed idea, or at least the paradigms resulting from it are disastrously poisonous for any reasonable standard of social cohesion and the consummation of the discipline required to collapse the subjective dissonance between men and women required to facilitate a functioning family structure and raise children. I know this is a taboo observation to make, but it must be made. At the very least for there to be some small record somewhere, someplace that at least minority in the western world was aware of its committing suicide. All of this because it loves its women to a surreptitiously toxic, deleterious, and ultimately intergenerationally ruinous fault, refusing to scrutinize or intelligently criticize any of their dysfunction.

Doubling the labor market, halting wage growth, the elimination of the single income family, the collapse of monogamy into polygyny, and even women’s economic contributions which amount to little more than a pipeline for corporate domination due to women’s near compulsive consumer spending. The paradigms of sexual freedom have produced very few positive results, and several damning ones.

The female centric era of the twenty-first century is an era of institutional cannibalism, where a petulant, raging entitlement seeks to consume the benefits of western ingenuity, without maintaining the behavioral discipline required for those institutions to survive. When all is consumed, what remains? What hope do future generations have to not enter into a downward spiral of dysfunction? Anthropologists find polygynous communities in island dwelling cannibal tribes. The societies that burn effigies every full moon and make thumb necklaces . The downard potential of the west’s trajectory is as far down as down goes, and the culprit is clear: humanity’s higher moral faculties, specifically its gynocentric affection.

In the meantime, despite the doom and the gloom, I find solace in knowing that at least men’s happiness seems to be on the rise. I can adopt the childish live-in-the-moment mentality so rife through millennialism, and enjoy the fact I’m living in the era of Xbox and legalized marijuana, resting comfortably knowing the most strident form of persecution I might face for my refusal to pursue engagement with the circus which surrounds me is the shrill, banshee wailing of women shaming me (or men shaming me as women’s proxy).

I wish I could see a solution. Or at least I wish the dating pool available for my generation of men contained a larger percentage of proper, thinking adults. Unforuntately we instead must contend with a level of daddy’s-little-princesshood which can peel paint, or convert an atheist to radical Islam. There is a level of self-infantilizing narcissism that has men switching from beer to Liquid Plumr. So much so that for many men my age, relationships with women have become a form of self-harm, and I’m not a masochist.

Original Story on AVFM
Author: John Davis
These stories are from AVoiceForMen.com.
()