NCFM Adviser Gordon E. Finley, Ph.D., Sex: The New War on Men, another NCFM Blast from the Past

Like many of us Dr. Finley was watching TV this morning…

He says, “…CNN talking heads were talking about how beautifully choreographed were the female senator’s demands that their colleague Al Franken resign, one even said that although Franken was entitled to a full senate ethics review, he should resign anyway for the good of whatever…what we are seeing here is a power grab to remove all possible men from positions of power and replace them with ever angelic women.

Would you consider re-posting another blast from the past for perspective? For balance? 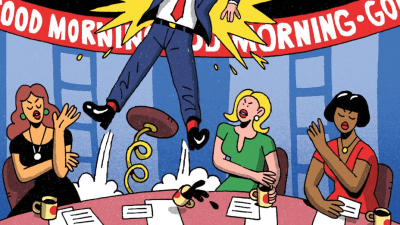 Yup. Here it is and we agree…and have you noticed celebrity and business men are accused they are replaced by…err, by…dare we say it… a woman. Not sure about the “angelic” part though…

Sex: The New War on Men

The op-ed below was posted on the web site of the National Coalition for Men and several other web sites in early May 2014.

Sex: The New War on Men

It cannot have escaped anyone’s notice that on May Day (May 1, 2014), and within hours of one another, the nation and the media have been bombarded with more than a half dozen exquisitely choreographed and coordinated reports demanding action based on claims of skyrocketing sexual assaults occurring on campus and on the battlefield.

But are these claims plausible?  I argue not.

Singly, or in combination, all of these claims suffer from one or more of the following five fatal flaws.

Finally: Men — don’t drink and have sex.  A core principle of the Obama Administration’s New World Order is this: If alcohol crosses anyone’s lips, the male automatically is guilty of sexual assault and the female automatically is an innocent victim. With the consumption of any amount of alcohol, consensual sex does not exist.

The overwhelming onslaught of exquisitely choreographed and coordinated claims suggests that Obama and the Progressives are launching a War on Men to get the votes of women and advance their political base.  This War clearly is designed to create not only “hostile work environments” but “dangerous work environments” for men on campus and in the military.  This War further appears to be designed to eliminate men from the institutions to which they have striven and attained in the past and rapidly to make these coveted, prestigious and high paying positions open only to the political base of Obama and the Progressives.

Will Congress and the nation succumb to this loss of due process for men?

One hopes not.  In my view, the words engraved above the entrance to the United States Supreme Court should prevail and apply equally to the sexual lives of both men and women:  “Equal Justice Under Law.”

NCFM Adviser Gordon E. Finley, Ph.D., Sex: The New War on Men, another NCFM Blast from the Past