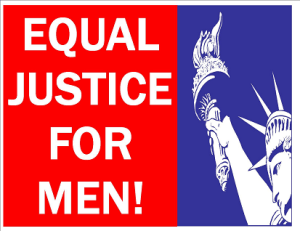 Are men on college campuses entitled to equal justice under law?

Following President Trump’s February executive order, the Department of Education has been reviewing regulations and guidance to make sure that they “adequately protect students.” Men on college and university campuses are students too, and they greatly need protection from the regulations and guidance of the Obama-era Office for Civil Rights, which remain in force at this writing. Campus drinking is a problem, but it is not the most serious problem (“Trump education official: Parties usually ‘both drunk’ in campus sexual assault cases,” July 12, 2017). Here is the most serious problem.

The situation regarding anything even remotely sexual on college and university campuses today is entirely controlled by ideologues steeped in former President Barack Obama identity and sexual politics. Those who caused the current situation to exist are “true believers” who must be replaced by centrists open to evidence and reason.

It is time to end the illegal practices of the campus kangaroo courts for allegations of sexual assault which were mandated by Obama’s Office for Civil Rights. These regulations and guidance required colleges and universities to always believe the victim and deny all due process rights to the accused, including the right to an attorney, the right of access to all evidence, the right to cross-examine and to have a standard of evidence for conviction consistent with the consequences for the accused of being found guilty.

The take-home message for the Office for Civil Rights and its current head, Candice Jackson, is straightforward. On campus, both men and women must be entitled to justice as per the words engraved above the entrance to the United States Supreme Court: Equal Justice Under Law.

The current injustices of the campus kangaroo courts can be corrected with a simple administrative stroke of the pen and the elimination of the ideological campus sex bureaucracies.

Are men on college campuses entitled to equal justice under law?