I urge anyone who might have missed it in our nano-second news cycle to read Suzanne Fields’ most timely column (“Young men’s lives matter, too,” Web, Oct. 18). In wonderful prose, Mrs. Fields masterfully integrates California Gov. Jerry Brown’s recent veto of a bill that would have codified into California law the notorious “dear colleague” false campus rape hysteria of the Obama administration, the progressive feminist media’s desire to keep Harvey Weinstein on the front page in order to convince all and sundry that every man really is a Harvey in sheep’s clothing, and heaps praise on Education Secretary Betsy DeVos for her clear-sighted fairness and transparency.

Even if you disagree with Mrs. Fields’ thesis, reading her column will be a pleasant break from the Washington world of harsh tweets and name-calling unbecoming even of a politician. 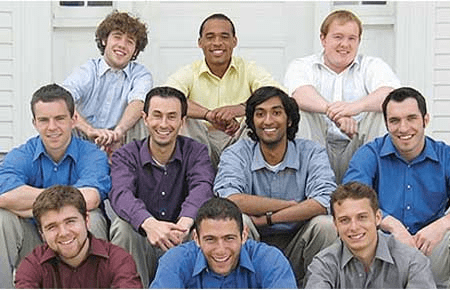 The punishment of sexual villainy, however appalling, requires fairness, care and due process

Everybody despises Harvey. Usually by this time in the public pursuit of a villain the scoundrel begins to attract a little undeserved sympathy. Not this time. The accusers keep on coming, with the passion of Emile Zola famously accusing the French government of hounding Alfred Dreyfus — “J’ accuse!” — only because he was a Jew.

But the accusers of Harvey Weinstein, as the aggressive male brute with no redeeming social value, now threatens to turn their fury against men, all men — the innocent (and there are some) with the guilty.

It took decades for the Hollywood mogul to be publicly flayed by the angry women he had done wrong, and lots of other angry women are rising against innocent men unfairly. Bearing false witness is a crime, too.

Crying rape is by definition one-sided, and the female of the species is entitled to special consideration if victim of a terrible crime, but the need to be careful is finally gaining attention on campus. A number of men have been convicted of rape or assault merely on accusation, like M. Dreyfus and the witches of Salem, victims of unproven charges in the campus court of public opinion. In one notorious example at Columbia University, a young woman carrying a mattress on her back made the cover of Time magazine. It was her unusual accusation that a former boyfriend had raped her.

When her charge failed to pass the test of an investigation by university authorities she turned her accusation and her mattress into “public performance art” for a senior art thesis, subjecting the innocent young man to ridicule and humiliation, shunned by self-righteous zealots.

Students at one of the elite American universities, where the Great Books are part of the core curriculum, are typically outraged by the injustice meted to Socrates for corrupting the youth of ancient Athens, but few recognized the outrage in their midst. Only after the accused man sued the university did Columbia admit, with less than admirable understatement, that the young man’s senior year on campus was “not what Columbia would want any of its students to experience.”

Similar experiences have been the ordeals for many young men accused of sexual harassment and assault under Title IX as it was enforced under the Obama administration. Title IX requires schools that receive federal funds not to discriminate on the basis of sex. The law doesn’t actually mention sexual assault, but colleges and universities were encouraged by the Obama administration to use Title IX to support female accusers of sexual assault, playing loosely with fairness and due process.

After extensive meetings with advocacy groups on every side of the issue, Education Secretary Betsy DeVos said in a powerful and well-reasoned speech that it would no longer be bad business as usual. There would be neither slighting of the rights of the accused nor the rights of the accusers. She announced “a transparent notice-and-comment” process, where the U.S. Education Department would take comments from the public on “insights from all parties.”

The tough-minded Mrs. DeVos is not the most beloved Cabinet chief in the Trump administration, but her approach was cheered in some surprising intellectual centers of the left. Candor and fair-mindedness survive after all.

“If these statements [by Mrs. DeVos] were made by a different official in a different Administration, they would seem rational, uncontroversial, and even banal,” writes Harvard law professor Jeannie Suk Gersen in New Yorker magazine. The professor, like the secretary, is aware of how Title IX has been carelessly and dangerously employed to deprive the accused of their rights — no right of counsel, no opportunity to examine witnesses, not even a whiff of fundamental fairness — as rigorously upheld in legal proceedings off campus. This has created a new class of victims, most of them men.

This week California Gov. Jerry Brown vetoed a bill that would have codified the Obama campus guidelines for sexual assault. He echoed the concerns of Betsy DeVos by noting college failures “to uphold due process for accused students.”

In one bizarre case at a university in California, a couple were “playfully roughhousing,” in the words of the young woman, and her boyfriend was kicked off the football team and expelled from the university because a witness saw him as abusive, and his girlfriend as a “battered woman.”

Some schools with a bias on behalf of women, armed with ambiguous legal requirements, show little enthusiasm for the rights of the accused and keep details of the complaint, the identity of witnesses and the results of the investigation from the accused. The only recourse to justice is often a lawsuit against the university, which revives the trauma for those the academy insists it was trying to protect.

“We must condemn the scourge of sexual misconduct on our campuses,” says Betsy DeVos. “We can do a better job of making sure the handling of complaints is fair and accurate.” To reprise and revise a current slogan from the street, “Young men’s lives matter, too.”