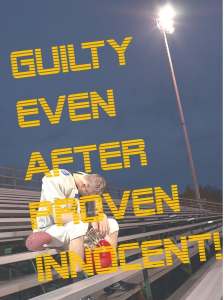 Since President Trump’s inauguration the Democratic left and their media allies have been landing nothing but punches on the Trump administration, putting it totally on the defensive and most recently on the ropes. The Democrats have made clear their intent to do nothing but continue to resist everything about the White House — fake, fabricated or accurate.

The only way Mr. Trump and the entire GOP can move any agenda forward is to get off the defensive and go on the offensive by launching investigations and subpoenaing everyone and everything plausibly improper or illegal under the Obama administration. “Obama’s Justice Department refused to hire military veterans for jobs: probe” (Web, May 17) represents a mild foray into such territory.

This is a rich opportunity with a wide range of suspects and easily executed since Republicans currently control both the House and Senate. The surest way to end the Democratic resistance is to go for the solar plexus of the progressive left:  their use of sex as the key weapon in their war on men. This fabricated weapon has been used extensively both in the military and on college campuses. Former President Obama fabricated a “campus rape crisis” complete with false statistics and media complicity. The core instrument of this campaign was the notorious “Dear Colleague” letter sent to all colleges and universities demanding that in all instances of sexual-assault allegations, schools must “believe the victim” and deprive accused males of all elements of due process, including the right to an attorney, the right of cross-examination, the right to examine evidence and a standard of evidence appropriate to the consequences of their being found “guilty” in campus kangaroo courts — or lose federal funding.

To get off the ropes, I would urge the Trump administration to write a new “Dear Colleague” letter rescinding both the 2011 letter and all investigations launched by the Office for Civil Rights based on it, along with all subsequent “guidance.”

If the Trump administration really wants to move forward with its agenda, today would be a good day for repeal of the “Dear Colleague” letter. All it takes is a stroke of the pen.