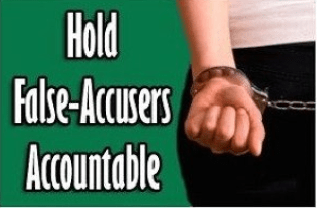 Almost every month we read of another man freed from prison because the false accusations that caused their incarceration were later proven false or a woman recanted.

Even if there is no conviction, a false allegation of rape emotionally, socially, and economically destroys a person and their immediate and often extended families.

False accusations are hard to measure and there is not much available research. However, what little research there is, that is scientific research, shows the problem is much more common than we are told.  Moreover, it is politically incorrect to fund massive studies about false accusations of any sort.

Some studies show that 50% or more of allegations examined are false.

According to an expert quoted in the CBC News Story Barrhaven sexual assault never a happened…, “for a four-year period from 2003-2007, 31 per cent of sexual assault claims that Ottawa Police investigated were dismissed as unfounded — that is, they never happened — as opposed to unsubstantiated, where there isn’t enough evidence to follow the case.”

The claim that only 2% of rape accusations are false is totally unfounded and is purportedly based on FBI crime data (though we have yet to see this confirmed), and crime data is never a reliable source to project upon the population as a whole, as compared to empirical research. This myth, often falsely attributed to FBI data, is not credible and has been debunked.  Greer, the Truth behind Legal Dominance Feminism’s ‘Two Percent False Rape Claim’ Figure, 33 Loyola of Los Angeles Law Review 947.

Regardless of what the numbers are, there is no excuse for the lack of attention to the problem.  Falsely accused persons are victims too, and to ignore, deny or downplay the experiences of those victims is a worse kind of hypocritical form of victim blaming.

According to the FBI: “The ‘unfounded’ rate, or percentage of complaints determined through investigation to be false, is higher for forcible rape than for any other Index crime. Eight percent of forcible rape complaints in 1996 were “unfounded,” while the average for all Index crimes was 2 percent. See page 24 at https://ucr.fbi.gov/crime-in-the-u.s/1996/96sec2.pdf

John Davis , author of How to Avoid False Accusations of Rape: Self-defense in the Feminist State…, explained it this way in a relate post on our Facebook page:

Please allow me to clarify something about the common mistake that the FBI says the rate of false accusations of rape is only 8%.

If you read the actual report that you have linked, the report does not say that. What the report says is boilerplate language (in all FBI statistic reports on rape) that “Law enforcement determines that 8% of accusations of rape are false.”

That doesn’t mean the other 92% of rape accusations are true.

I was a prosecutor 3 times in a 35 year career as a trial lawyer. What the 8% figure in the FBI report means is that the police determine that 8% of accusations of rape are so false that they do not refer those cases to the prosecutors.

We know that the rate of false accusations of rape, from several solid scientific studies, is AT LEAST 65% and may be much higher.

The reason we don’t know the exact rate of false accusations of rape above 65% is that many men, fearing a 50 year sentence, will plead guilty, even though they are innocent, in exchange for a sentencing cap. Many convicted men are, in fact, innocent but we don’t know how many.

In a nine-year study of 109 rapes reported to the police in a Midwestern city, Purdue sociologist Eugene J. Kanin reported that in 41% of the cases the complainants eventually admitted that no rape had occurred.  In a follow-up study of rape claims filed over a three-year period at two large Midwestern universities, Kanin found that of 64 rape cases, 50% turned out to be false.  Among the false charges, 53% of the women admitted they filed the false claim as an alibi.  Kanin, EJ, “An alarming national trend: False rape allegations,” Archives of Sexual Behavior, Vol. 23, No. 1, 1994. Kanin was once well known and lauded by the feminist movement for his groundbreaking research on male sexual aggression. His studies on false rape received very little attention.

In a study by the U.S. Air Force, about one-fourth of rape accusers recanted just before taking a lie detector test or after failing one.  Further research found 60% of the accusations were false.  The most common reasons given were spite or revenge, feelings of guilt or shame, or to cover up an affair.  McDowell, Charles P., Ph.D. “False Allegations.” Forensic Science Digest, (publication of the U.S. Air Force Office of Special Investigations), Vol. 11, No. 4 (December 1985), p. 64.

However, it may be much higher. According University of Ottawa Criminal Lawyer Blane Crew, “… for a four-year period from 2003-2007, 31 per cent of sexual assault claims that Ottawa Police investigated were dismissed as unfounded — that is, they never happened — as opposed to unsubstantiated, where there isn’t enough evidence to follow the case.” Obviously, and to reiterate, an unknown number of false accusations are buried somewhere in the unsubstantiated findings.

Moreover, a 1996 Department of Justice report shows that, “…in about 25% of the sexual assault cases referred to the FBI, the primary suspect has been excluded by forensic DNA testing. Generally, definitions and acts of rape involve a forcible and non-consensual act. Regardless, a DNA match alone does not prove rape occurred. Hence, the 25% figure substantially underestimates the true extent of false allegations. Connors E, Lundregan T, Miller N, McEwen T. Convicted by juries, exonerated by science: Case studies in the use of DNA evidence to prove innocence after trial, June 1996.

According to a 1996 Department of Justice report, “in about 25% of the sexual assault cases referred to the FBI, the primary suspect has been excluded by forensic DNA testing. Note, rape involves a forcible and non-consensual act, and a DNA match alone does not prove that rape occurred. Therefore, the 25% figure substantially underestimates the true extent of false allegations.   Connors E, Lundregan T, Miller N, McEwen T. Convicted by juries, exonerated by science: Case studies in the use of DNA evidence to establish innocence after trial. June 1996

Megan McArdle writing for Bloomberg in the 2014 article How Many Rape Reports Are False? The dark numbers behind one of the darkest crimes asked and answered, “How many women falsely accuse men of rape? A lot of statistics are floating around the Internet: Two percent, say many feminists, the same as other crimes. Twenty-five percent, say other groups who quarrel with the feminists on many issues, or maybe 40 percent. Here’s the real answer: We don’t know. Anyone who insists that we do know should be corrected or ignored.”

Feminist groups not only downplay the statistical reality of false accusations, but also have been eroding due process rights of the accused, especially on college campuses and in the military. Such as by lowering the standard of proof [sic] to a coin toss preponderance of evidence, removing the right to challenge the accuser, and placing the decision in the hands of ideologically driven college employees, professors and administrators who essentially conduct very biased kangaroo courts.

Consequently, many college men are now suing their colleges for expelling them without a proper hearing. UPDATED: List of Lawsuits against Colleges and Universities Alleging Due Process Violations in Adjudicating Sexual Assault Also see: NCFM Carolinas for comprehensive information. 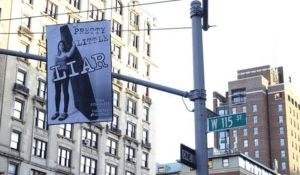 Columbia University settled for an undisclosed amount with a former student branded a rapist by his mattress-carrying classmate, by Emma Sulkowicz, commonly referred to now as Mattress Girl. The university underscored that he was found “not responsible for any misconduct.”

Brian Banks spent years in jail before his accuser recanted her false charges. His professional football career was stolen from him. He reportedly said, “’I wasn’t physically raped, but I was raped in a sense of my freedom…I was kidnapped, taken against my will, placed in a box for five years and two months. I was denied all human rights. When I screamed and pleaded and begged, it fell on deaf ears. It’s a different form of being assaulted and taken advantage of. I know what she is going through.” His accuser lived lavishly on a $750,000 settlement, was eventually ordered to repay that amount and over a million dollars more. She disappeared. Brian now works for the NFL but will never regain the five-years of his life spent in prison.

Scandals that are more recent include the Duke Lacrosse case in which Chrystal Magnum falsely accused members of the team of sexual assault. Her false accusations threw the university into turmoil, eventually led to the disbarment of a district attorney, and disgraced university professors, the Committee of Eighty-eight, who rallied to her defense. She eventually ended up murdering a boyfriend. Perhaps had she been held accountable for the Duke debacle the boyfriend would probably still be breathing? Read Until Proven Innocent by Stuart Taylor Jr. and KC Johnson.

Rape hysteria was taking root especially on college campuses. Rolling Stone took a hit after being embroiled in a gang rape scandal that wrongly defamed an entire fraternity.

The non-existent rape epidemic on college campuses and rape hysteria propelled the United States Department of Education to threaten post-secondary schools with the infamous Dear Colleague Letter, which decimated the due process rights of the accused. So hideous were the directives 21 law professors released an open letter accusing the U.S. Department of Education of unlawfully expanding how colleges must process sexual assault accusations.

NCFM, especially the NCFMCarolinas Chapter, has since the issuance of the Dear Colleague Letter worked diligently on behalf of hundreds of falsely accused college students who have had their families, education, chosen careers and lives horrifically impacted because of the hideous Machiavellian outcomes of the letter. Click here to read our press release of July 14, 2017.

No matter what the numbers are, there is no excuse for the lack of attention to the problem.  Falsely accused persons are victims not perpetrators. To deny or downplay the experiences of those victims is horrifically hypocritical victim blaming.

Here are a few more stories about false accusations:

Rape accusation ‘traumatizing,’ former suspect says – CNN.comSep 18, 2009 – Four young men falsely accused of raping an 18-year-old student at Hofstra … Friday after an ordeal that two of them described as traumatic.

Man released on rape charge after 22 years in prison.
www.cnn.com/video/#/video/us/2007/10/22/planes.collide.in.midair.news12longisland

False accusations of sexual assault are rape of a different color.