NCFM, “In Another Military False Allegation Case, a Coast Guard Judge Rules that the Government Engaged in Unlawful Command Influence” 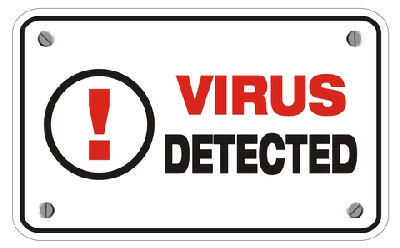 Become a member of NCFM. Help stop the viruses!

NCFM NOTE: In another long line of military injustices, a judge rules that military law enforcement agents; this time the Coast Guard Investigative Service, engaged in serious witness tampering in a false sexual assault case, of which the Military Prosecutor was aware.

In Another Military False Allegation Case, a Coast Guard Judge Rules that the Government Engaged in Unlawful Command Influence.

Recently, documents were obtained in a military case where Civilian Court-martial Defense Attorney Michael Waddington [1] represented a Coast Guard Sailor at Court-martial who was accused of sexually assaulting his wife.

One of the defense’s key witnesses was a foreign national who lived in Abu Dhabi and traveled to the United States on her visa.  This foreign national was also assisting the accused Sailor regarding the investigation of his wife.  Shortly before the trial began in August, Mr. Waddington uncovered the Government’s actions in attempting to ensure that the Defense’s key witness never testified before the panel members.

The court ruling, motion for relief, and timeline, that are attached, show the lengths the Government will go through and the lines it will cross to ensure that a serviceman falsely accused of sexual assault will be convicted at Court-martial.

In this case, the evidence is clear that the Government attempted to;

According to the timeline, Mr. Waddington alleges that Lieutenant Catherine Gilmore stated in open court during the motion hearing, that she had no knowledge of the Government’s attempts to prevent the defense witness from testifying after April 2016.  However, Mr. Waddington has the e-mails showing she and her co-counsel were receiving updates from Special Agent Chris Huntington outlining his attempts from May through August 2016 to prevent the witness from testifying by having her visa revoked in May, having her prosecuted in June, and having her entry into the United States refused in July.  Certainly, if Mr. Waddington’s assertion is true, Lieutenant Catherine Gilmore might have violated COMDTINST M5800.1, Rule 3.3[2] requiring that a Judge Advocate exercise candor before the tribunal.

Rule 3.3    Candor Toward The Tribunal

(a) A lawyer shall not knowingly:

(2) fail to disclose to the tribunal legal authority in the controlling jurisdiction known to the lawyer to be directly adverse to the position of the client and not disclosed by opposing counsel; or

(3) offer evidence that the lawyer knows to be false. If a lawyer, the lawyer’s client, or a witness called by the lawyer, has offered material evidence and the lawyer comes to know of its falsity, the lawyer shall take reasonable remedial measures, including, if necessary, disclosure to the tribunal. A lawyer may refuse to offer evidence, other than the testimony of a defendant in a criminal matter, that the lawyer reasonably believes is false.

Ultimately, the Military Judge did not address this troubling fact in his ruling, but instead found that “apparent” unlawful command influence existed and the Government failed to meet its burden of disproving the apparent UCI.  Specifically, Captain Gary E. Felicetti’s ruling states, “[The defense witness’s] absence is a result of mistakes, confirmation bias or tunnel vision by government personnel and, in some instances, a lack of action.  Nonetheless, a reasonable informed member of the public would “still lack confidence in the fairness of the military justice process and the fairness of this trial.”  The Judge refused to dismiss the case, but instead he allowed the trial to continue.  To make the trial seem more fair, he provided remedies to the defense which prevented the government from cross examination and impeachment.

Ultimately, the accused was acquitted of the sexual assault allegations regarding his wife, but was convicted of minor collateral nonsexual misconduct for which he received a one rank reduction and confinement of 180 days.  Because his wife was instrumental in getting him tossed into pretrial confinement by his Commander where he spent 334 days prior to his trial, the accused was released immediately and did not have to serve any more time.  Thankfully, Mr. Waddington’s extraordinary efforts thwarted the Government’s mission of making the accused register as a sex offender for the rest of his life.  It is important to note how little time Mr. Waddington had to deal with this issue between finding out his key witness was not being allowed entry into the United States on July 29, 2016, investigating how the Government caused this, drafting a motion, and litigating the issue before the Court-martial, while still preparing for the trial set for August 8, 2016.

There are a significant number of other defense exhibits to the motion, but they contain a whole bunch of info like e-mail addresses, phone numbers, and addresses, and would be improper to reveal this personal information at this time.  One of the e-mails is from the alleged victim’s own mother who states that her daughter is dangerous and is constantly making false allegations to destroy people.  She says that she had been doing it since birth.

This was the decision of the judge and can be found in the attached court ruling and defense motion.  Although the judge ruled that there was unlawful command influence that significantly affected the upcoming trial, he did not dismiss the case, the accused was acquitted of any sexual misconduct offense, but convicted of “collateral” offenses; a routine and common practice involving cases of sexual misconduct.

We normally associate Unlawful Command Influence with the actions of commanders who send frivolous cases to court-martial and who engage in efforts to sway those who they command in order to achieve success; in essence, a conviction.

As this case and the court records reveal, Unlawful Command Influence comes in many shapes and forms, in particular, the UCI resulted from the CGIS agent’s conduct for which the Trial Counsel was aware.  Not only is this case a textbook example of UCI, it is also a textbook case of a violation of Title 18, U.S. Code § 1512 – Witness Tampering.  Whether or not a criminal action will commence against Lieutenant Gilmore or Agent Huntington has yet to be determined.

In this case, the accused was a naturalized U.S. citizen from South Africa, who had been abused by his wife.  She did everything she could to control him, and she told him that unless he wrote a confession that he abused her that she would ruin his life.  So he signs this “confession” and they went and had it notarized.  So, whenever he grew tired of her crap and was going to file for divorce, she would truck out this “confession” and he would not go through with it.  All of these allegations came out while the parties were divorcing.  The Accused was acquitted of all the charges involving sexual assault and physical abuse against his wife.

It is important that as many of these false military sexual assault cases are brought to the attention of the public, service members and their families as possible, so that those who are affected can be further enlightened as to the seemingly routine unethical and illegal practices that military prosecutors are engaging in; in order to ensure convictions in cases involving false allegations of sexual assault.

Another Military False Allegation Case… there are many more too…