It took him three months to fix the D-6 and 15 more years to improve roads, build a house, several cabins, a machine shop, barn and other outbuildings. He accumulated a small herd of horses, 35 bison, a horse trailer, several pickups, a flat bed with a Cummings diesel tractor, front end-loader, machine equipment and tens of thousands of dollars in related tools and parts.

He developed the relatively worthless and unwanted property into a productive and profitable ranch and agriculture-tourism business once worth several million dollars.

Arrested in 2015, he had to post a $500, 000 bond to get out of jail. His business destroyed, he paid another half million dollars in legal fees, is broke, living with friends a week here and a week there, and he may owe receivership fees exceeding $200,000, as well as climbing legal costs, all because of false accusations by Ashley K. Harris of Bakersfield, California.

Harris and Cox met on a dating website about a month or so before the allegations. Soon thereafter, in November 2015, Harris alleged Jerry held her captive, sodomized her and raped her over three days in one of Jerry’s cabins.

Fortunately, Harris’ jumble of lies quickly unraveled. The Sheriff’s Department and District Attorney’s Office early on had evidence the allegations were false.  This evidence should have exonerated Mr. Cox right away.  Instead, the County maliciously prosecuted the case for two years based on Harris’ lies.

While out on bail and persecuted for crimes he did not commit, his property went into “receivership,” ostensibly for over 100 questionable building code violations. In other words, the County seized his property and prohibited Jerry by Court order from staying in his house, using his equipment, caring for livestock that remained, and otherwise enjoying the property he spent over a decade developing.

The code violations were minor, like not enough fire extinguishers or extension cords not properly secured. Some of the violations were for legal deficiencies grandfathered to the property. We know of no other situation similar to this one. Moreover, the County is dragging Jerry back to court for misdemeanor theft of electricity over a broken meter owned by Pacific Gas & Electric (PG&E), even though he has documentation showing he reported the broken meter twice to PG&E.

We believe, the stacking of fake rape charges, attempts to raise bail to $2,000,000, and receivership were retaliatory measures even though the Sheriff and DA knew Harris’s accusations were false; and, that they were aware evidence was overlooked, ignored or otherwise destroyed or mishandled. So might be the PG&E charge above.

After released on bail, Jerry was given a few hours to rescue a few personal belongings and documents. Later, security guards broke into buildings, destroyed property and used Mr. Cox’s vehicles for personal pleasure including allowing their children to use Mr. Cox’s four-wheeler.

Mr. Cox hired San Francisco attorneys Tony Serra and Brian Ford who discovered that Sheriff’s Investigators did not adequately scrutinize Harris’s fanciful and ever changing stories of abduction and sexual abuse. In fact, the apparent disregard by law enforcement of her lies appalled Mr. Cox’s legal team.  Aside from which, they discovered, the Sheriff’s department failed to immediately seize Harris’ cellphone in order to timely retrieve messages which would have quickly revealed her basket of lies.

During the time, Harris alleged that she was a captive, sodomized and raped, phone records revealed she had sent or received over 160 text messages, many of them to and from Mr. Cox; even though she maintained she had no cell reception or service. Not one of those texts mentions being a captive or sexually assaulted.

In fact, there was a working telephone in the cabin. Several other people staying there told investigators nothing happened. Photographs taken by the Sheriff’s Department show the cabin has no outside door locks, boarded-up window or doors. She was free to leave when she wished. In fact, witnesses told Sheriff’ Investigators that Harris was at a local restaurant, eating and drinking a few hours before she made the allegations! 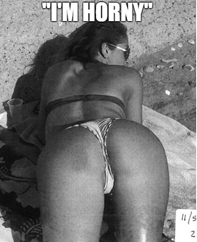 Moreover, Harris is portrayed on a website, as a serial false accuser and “Grifter-Expert Con Artist.

Remarkably, Mariposa County has a history of corruption. In 1991, ABC News 20/20 did an investigation report on the Sheriff’s Department.  A sheriff’s deputy who went to the Attorney General’ Office to expose a drug and pornography ring operating within the department, soon after disappeared at a local lake and was presumed drowned.  Ten years later, that all changed when his body finally surfaced which was wrapped in netting and weighted down with a fire extinguisher.

Considering Mr. Cox’ several million dollars in confiscated property and the inordinate length of time it took to dismiss his felony charges which were known to be false by law enforcement, we wonder what sort of corruption might still exist. We know at least one federal agent is interested too.

Finally, District Attorney Cooke filed for dismissal of all charges on August 14, 2017 after learning Harris perjured herself in a worker compensation case, as if the lack of evidence against Mr. Cox, Harris’s jumble of lies and total lack of credibility were insufficient (see the video below). Criminal charges were dismissed within days of the County filing the receivership, which reinforces the notion of corruption.

We sent DA Cooke a letter asking for the investigation and prosecution of Harris, which we know he received on September 29, 2017.

In the letter, we also asked that his office coordinate a joint investigation with the California Attorney General for California False Claims Act violations.  Harris’s false accusations involved at least two dozen government employees including prosecutors, investigators, a judge, sheriff deputies, forensic examiners, security guards and many others.  We guesstimate the costs of pursuing Harris’s false accusations to exceed a million dollars. Someone needs to pay for that besides taxpayers.

Ashley K. Harris and everyone else involved in her lies, covering them up or otherwise mishandling them, must be held accountable, criminally and civilly. This is an egregious situation.

Worse, perhaps, it is entirely possible that others falsely accused without sufficient resources, have been railroaded into convictions or coerced to plead to lesser charges for no reason other than an accusation by a woman. Mariposa County, like other counties, may receive substantial federal bounties (funds) on the heads of convicted male defendants, innocent or not, through the Violence Against Women Act or other legislation.

If you know of, or know anyone who knows of, anyone involved in this matter who may have information to help Jerry’s situation please let us know, call 619-231-1909. You may leave a confidential message if you wish.

Watch more of the videos taken by Jerry here. He uses the alias Bronz Huntington: https://www.youtube.com/channel/UC4VbwbHqyaZI8pi3jpJnUtA