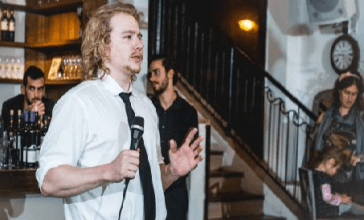 Male sexuality is becoming illegal.  Women are abusing their sexual power, and via feminism, are setting up all male sexual behavior as potentially criminal.

As any biologist will confirm, females control mating.  Females have more to lose if they make a bad choice, so they are choosier and require more conditions.  Women make the rules and they make them in their favor.  There is no way men would have built the current human mating system.  Men must do all initiating, men must pay for everything, men must get on one knee and beg, men must offer an expensive ring, and men must pay alimony after the divorce.  There may be a biological basis for this, but this system is completely unacceptable in an egalitarian society.  As feminists often claim, biology is not destiny.  Yet, feminists have done everything to ensure that women continue to hold sexual power and control mating.  They have hypocritically done this while demanding that men give up their traditional economic and political powers.  As Michael Aaron puts it: “Third-wave feminism, … isn’t really aiming for shared power, but rather a monopoly on power—sexual power, to be specific.” [1]

Feminists have long stated that heterosexual sex is men raping women.  And the law and society are, bit by bit, agreeing.  Feminists are trying to destroy heterosexual sex.  Heterosexual sex is becoming criminal, at least, for men.  There are an ever-increasing number of ways women can potentially accuse men of sexual violations.  Consider this quote from two Harvard law professors: “Indeed, the concept of sexual misconduct has grown to include most voluntary and willing sexual conduct.” [2]  Also, consider this quote from feminist Laura Kipnis: “The rules and the codes [on campuses] have been rewritten behind closed doors such that almost all sex can be charged as something criminal.” [3]  And think of all the things that have been taken away from men sexually over the last 40 years.  Many behaviors that we expected men to perform 40 years ago are now criminal, or at least, punishable to some degree.  Male sexuality is, more and more, becoming illegal.  Criminalizing all male sexual behavior is the ultimate example of women abusing their sexual power, as well as their new-found political power.

Here are a few examples of how things have changed over the last 40 years:

Over the last 40 years, sexual violations have become more emotional than physical, and therefore, harder to define.  For example, sexual harassment involves whether a “reasonable woman” would be offended.  This is quite vague.  Men cannot know this ahead of time.

Instead of a “rape culture,” there appears to be a “false-accusation-of-rape culture.”  “Take Back The Night” events have long been a forum for women to get together to commune in their victimizations, with many of the stories shown to be false.  Many feminist activists have apparently falsely accused men of sexual assault as a political statement.  Catherine Comins, a dean at Vassar, implied that being falsely accused of rape could be good for a man, that it could aid his “self-exploration.”  Many college women have posted lists of innocent male students as “potential rapists.”  Feminists demand that we automatically believe women’s accusations, yet they do not encourage women to report to the police, where the accusations may be scrutinized.

To see just how ridiculous feminist law has become, the settlement in the Frostburg State University case stated that it is a violation of Title IX for a university to use reason, common sense, and the reasonable person standard in determining sexual harassment violations.  Apparently, these are not enough to satisfy the preponderance of evidence standard. [5]

The old FBI definition of rape was “The carnal knowledge of a female forcibly and against her will.”  Obviously, only women could be raped.  But in 2013, the FBI changed the definition to “Penetration, no matter how slight, of the vagina or anus with any body part or object, or oral penetration by a sex organ of another person, without the consent of the victim.”  This new definition ended the need for “force,” but it still defined rape in a way that, for the most part, only women can be raped and by men.  The new definition also brought in “consent.”  It is rare for a woman to give explicit consent before sex, and it is rare for a man to ask for it, leaving men open to rape charges.

All of this has resulted in an increase in women’s sexual power over men.  All of this has occurred while women have demanded and, in large part, gained equality in men’s traditional economic and political powers.  Women have not simultaneously given up their sexual power, but instead, have increased it.  Feminists have abused this power by turning most all male sexual behaviors into potential criminal offenses.

There are many examples of legal and societal changes in prosecuting sexual crimes that make it more difficult for men to defend themselves.  These are often special to sexual crimes.  They include:

Contradictory information or confusion on the part of an accuser is seen, not as evidence of a false accusation, but as proof that she must have experienced a traumatic sexual assault.  “Neurobiology of trauma” is being used by feminists to explain away accusers’ inconsistencies and inabilities to remember clearly.  But, like the feminist nonsense that was “recovered memories” in the 80s and 90s, there is no scientific evidence for “neurobiology of trauma.”  Instead, there is much evidence against it. [6]

Feminists constantly focus attention on sexual crimes and compare them to murder.  Even minor sexual violations are considered as bad as murder.  This is why all victims of sexual infractions are called “survivors.”  Also, some states have eliminated statutes of limitations on sex crimes.  Traditionally, the only crime prosecuted without any time limit has been murder.

The Clery Act is also designed to exaggerate the number of reported sexual assaults on campuses. [7]  But when the Clery numbers are much smaller than advocates expect, this is seen as evidence of lying by the schools.

Guidelines of the Office of Civil Rights of the Department of Education have severely impeded due process for accused college students.  For example, one study found that because of the “preponderance of evidence” standard, one-third of innocent men accused of sexual assault would likely be found guilty. [8]  It is totally inappropriate to use Title IX to adjudicate criminal sexual assault cases, and it has only been done to make it easier to punish men.

Some men expelled from schools for sexual infractions have filed complaints with the Department of Education’s Office of Civil Rights and won.  Some have sued their colleges and won.  The OCR and courts have found that school proceedings often are unfair.

Instead of “innocent until proven guilty,” many legal procedures in sexual crimes make the accused “guilty until proven innocent.”

Consider how far afield we have come with the following specific example of an incredible justification in a rape case at Occidental College: a counselor for the alleged victim told her that her alleged rapist “fit the profile of other rapists on campus in that he had a high GPA in high school, was his class valedictorian, was on [a sports] team, and ‘from a good family.’ ” [9]

The duplicity involved with punishing male sexual behavior can be extreme.  Here are examples:

While feminism is criminalizing all of men’s sexual behavior and blaming it for all rape and sexual assault of women, women can wear whatever they want and drink as much as they want.  Criticizing women’s dress or drinking is blaming the victim.  This is not allowed.  Sexual assault is seemingly all men’s fault.  We are not allowed to consider women’s contributing behavior.

Johns are arrested and punished for prostitution.  But prostitutes are given aid so that they can find other employment.  Prostitution lessens women’s sexual power, so it is illegal, at least, for men.

Men can never expose their sexual parts.  Women can show camel toe and expose their breasts and butts.  Men don’t wear yoga pants because they would probably be arrested if they did.

The punishment of male sexuality can go to ridiculous lengths.  A male student at Columbia was reported to the Gender Police for calling himself handsome. [11]

There is growing evidence that women can also be guilty of sexual assault.  A compilation of data by Lara Stemple [12] found that “1.6 million women and 1.7 million men were raped or made to penetrate in 2011 data.”  She also found that “among those reporting rape/sexual assault by a female perpetrator, 57.6% of male victims and 41.4% of female victims reported that the incident involved an attack, meaning the offender hit, knocked down, or otherwise attacked the victim.”  Her research also noted “a 2012 study found of people who self-reported forcing someone to have sex, 43.6% were female” and “two studies found that over half of lesbians reported being sexually assaulted by their partners.”  A study by Bryana French [13] found that of 284 high school and college men, 43% had suffered sexual coercion, and 95% of these men said the perpetrators were female.

Data like this show that aspects of feminist ideology are false that state that the vast majority of sexual assaults are men assaulting women, and that these assaults are the result of the patriarchy, the rape culture, and the domination of women by men.  These feminist misconceptions have wrongly justified the use of Title IX to attack sexual assault in colleges, and no doubt, have led to the current attack on all male sexuality.

Feminists are attacking male sexuality and advocating for its criminalization.  Feminists are providing women with more and more ways to accuse men of sexual violations.  This is completely sexist and outrageous.  But there has been no outcry.  I suspect that this is due to men’s chivalry, and feminists’ constant complaints against men and maleness, filling men with false guilt.  We need to correct these injustices to men immediately.

This article is a segment of a longer article, “Women’s Sexual Power,” which can be found at http://hydrarch15.wix.com/selfindulgence