NCFM Member Jim Jackson, Contrary to the media, Donald Trump is not a misogynist, and why can’t a man criticize a woman? 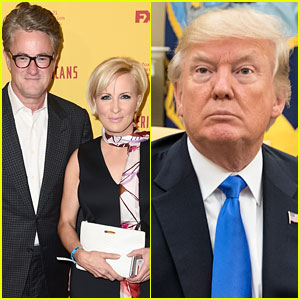 Contrary to the media, Donald Trump is not a misogynist, and why can’t a man criticize a woman?

Contrary to the media, Donald Trump is not a misogynist.

To help explain this shocking statement, first, I would like to point out two behaviors verified by research.

The second behavior I would like to note is in-group bias, i.e., people tend to show favoritism to members of their own group, and people in higher-status groups tend to show even more favoritism to their own group members.  This bias can exhibit itself in social groups, fans of sports teams, nationalism, racial groups, and gender groups.  Women tend to have a strong in-group bias toward women.  Women show a large bias toward women and against men.  Moreover, even though men are considered the higher-status gender, men surprisingly do not show an in-group bias toward men.  They generally show no bias toward either gender.  [2] In this sense, men are quite egalitarian.  (Maybe men are not the higher-status gender.)

Please keep these two behaviors in mind while reading the following.

On June 29, President Trump harshly criticized Joe Scarborough and Mika Brzezinski in a tweet.  Trump said Scarborough was “psycho” and Brzezinski had a low IQ and had recently appeared bloody at his Florida resort after a face-lift.  As has been the case in the past, the media and women went bonkers accusing Trump of misogyny.  Nevertheless, Trump is just as mean and obnoxious to men as he is to women, so constantly accusing Trump of misogyny is unfair.  Trump treats men and women equally.  He does not put women up on a pedestal.  However, women see this as misogyny—-extreme misogyny.  In addition, men, who are chivalrous and have no in-group bias, criticize Trump for being misogynist.  Apparently, men are not allowed to criticize women, although anyone and everyone can freely criticize men.

The reaction to the June 29 tweet, by itself, showed this severe bias.  A man was called “psycho.”  I consider this a much stronger insult than saying someone has a “low IQ,” or was bloody after plastic surgery.  Yet, this insult of a man was ignored completely.  Instead, the media and commentators lost their minds over a man criticizing a woman for having plastic surgery.  This is a prime example of the two concepts mentioned above.  Women’s tendency to see equality as misogyny and women’s strong ingroup bias towards women caused them to totally ignore the stronger insult aimed at a man and focus only on a minor insult of a woman.

Many of the female commentators who went crazy over Trump’s tweet claimed that Trump has shown a pattern of going after women’s looks.  There is a perfectly reasonable explanation for this.  Women spend a great deal of time and effort to make themselves look good.  (This includes Brzezinski’s face-lift.)  Being attractive gives women power.  Sexual attractiveness is women’s power base and goal.  Therefore, if one really wants to hurt and insult a woman, one should go after her looks.  This is what Trump does.  However, Trump also attacks men’s power.  Men do not focus so much on their looks.  Men focus on success, intelligence, strength, manhood, money, and status.  To really insult a man, one must go after these goals.  So when Trump has gone after men, he has insulted them with words and phrases like “crazy,” “weak,” “big loser,” “not very bright,” “lazy,” “dumb mouthpiece,” “a major sleaze and buffoon,” “third rate talent,” “sweats and shakes,” “inept,” “mental basket case,” “big failure,” “underachieving,” “little Marco,” “low-class slob,” and “psycho.”  [3] (And people, e.g. Marco Rubio and Brzezinski, have gone after Trump’s manhood with comments about the size of his hands.)  However, because women are so biased against men, and men have a neutral in-group bias, no one cares about these insults of men.  But watch women bring out the knives whenever Trump insults a woman’s looks.  The double standard is phenomenal.

Contrary to the media, Donald Trump is not a misogynist, and why can’t a man criticize a woman?