Bashore was previously a Special Victims Prosecutor at Fort Campbell Kentucky and was recently promoted to Lieutenant Colonel and appointed as a judge at Fort Hood Texas.

This complaint stems from Bashore’s wrongful prosecution and conviction of Sergeant Mario Jeffers of Fort Campbell, for sexual assault in November of 2015. 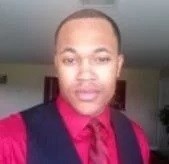 An investigation conducted by Save Our Heroes’ as well as documents obtained in the case, reveal that Sergeant Mario Jeffers had been convicted in a Court-Martial at Fort Campbell Kentucky in November of 2015 for sexual assault.  He was sentenced in a one-day, military judge only trial, to six years of confinement and a dishonorable discharge.

Documents obtained, which include a police report from the Clarksville Tennessee Police Department show that the alleged victim, made a videotaped admission that the sex she had with Sgt. Jeffers was consensual, and that the alleged sexual assault was unfounded and the matter was closed in late summer of 2014.

The facts of the investigation reveal that the alleged victim had been having disciplinary problems and was about to be deployed, so about a year after the closure of the case by Clarksville PD, she made the same allegations with officials at Fort Campbell, Kentucky. 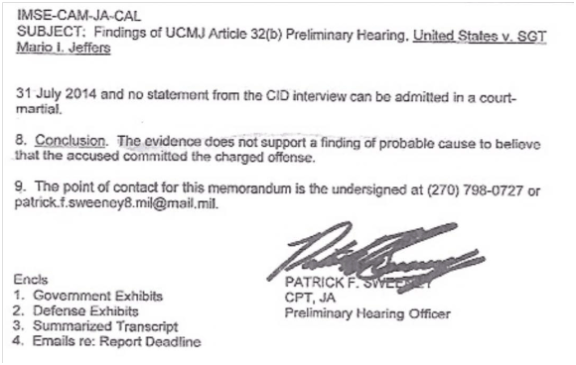 The wrongful prosecution and conviction of SFC Kelly Stewart by Bashore, was chronicled in a bestselling book ‘Three Days in August’ by Investigative Reporter Bob McCarty.

It is explicitly clear that Jacob Bashore is completely void of ethics or conscience; knowingly prosecuting innocent soldiers for sex crimes that never happened.  Bashore has a significant history, and pattern and practice of prosecuting innocent soldiers, to the extent that he has been placed on the “Hall of Shame” of MILITARYCORRUPTION.COM; one of only a handful of corrupt military personnel ever bestowed such a despicable title by MCC.

These alleged violations by Bashore are not mistakes or inadvertent errors in judgment.  They are intentional, malicious, CRIMINAL, and are a stunning revelation of the pattern and practice of the routine railroading of service members for alleged sexual assault allegations, and in this case, even when no crime has been committed.

This is another example of an out of control military judicial system with no accountability or oversight, that is willing to sacrifice falsely accused military men, on the altar of political correctness and to appease the conglomerate of rape hysterics.