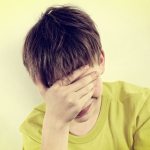 Still, what is more surprising is how feminism ignores the boy’s crisis and instead attempts to make boys more like girls. But not everyone accepts this state of affairs where boys should be overlooked or emasculated. The Chinese, for example, are actively serving up antidotes to notions that spawn over-protected boys who have become neutered or physically and emotionally weak. Among other things, they are teaching masculinity in grades 4-5 and recruiting male teachers that can serve as positive role models. One of their primers, Little Men, advocates for bravery, independence and confidence, in contrast to Western countries that blur gender identity by teaching feminist concepts and enforcing gender neutrality. Although some children undoubtedly benefit from learning about LGBTQ topics, for example, they may confuse those without the proper grounding.

Role models and inspirational life examples for young boys are necessary but hard to find in the U.S., where the situation is anything but progressive. For 10-year-old American males, the gender lens is jam-packed with stereotypes and micro-aggressive mantras that belittle their sex – especially males who are straight – and masculinity. Subjected to endless pronouncements about hegemonic masculinity being toxic and violent, they are regularly told they are not “fitting in,” while female peers are given positive feedback “atta girl” and “high-fives” all along the way. Meanwhile, the federal government urges educators to encourage young females toward our STEM – science, technology, engineering and math – future, but does not do the same for boy counterparts.

From most young boys perspective the message coming through loud and clear is that boys are effectively disposable, a jaded distortion that can burrow deep down and severely undermine the psyche of sensitive youngsters. This notion that boys are “bad” and girls are “good” or “why can’t boys be like girls” is a form of bigotry that has not only been systematically embedded into our mainstream consciousness, but has, astonishingly, somehow been transformed into one of our society’s higher truths.

Needless to say, this creates profound and disturbing ethical issues. In a culture where boys are confused about their gender, place and purpose in the world, it is not hard to see how communally constructed sexism is promulgating mental health issues that often manifest themselves in self-destructive or anti-social behaviors – including, as noted earlier, boys killing themselves.

According to a Psychology Today article by Dr. Miles Groth, “Young Men Who Commit Suicide,” little is understood about what motivates boys and young men to take their lives in such numbers. Of great concern is the fact that little effort is being made to get to the bottom of this development. Parents, educators and communities that might otherwise be outraged by any number of trivial issues affecting their children are ignoring a growing crisis, masked in part by the falsehoods of feminism, and failing to identify what is driving our youth toward the depths of depression and despair.

Sadly, many strains of feminists are more intent on imposing their will on others than addressing what really ails boys and men. They harbor a burning obsession to dismantle or “smash” patriarchy and destroy civilization as we know it. Some are so fearful and emotionally wounded that they believe true vindication can only come from eradicating the current societal framework and eliminating men, even if that leads to vulnerable young boys ending their lives.

In an interview with Joe Rogan, Dr. Jordan Peterson argues that women’s studies propagandist are determined to instigate a social revolution and restructure our society from the ground up. They seek to bring about anarchy and replace the current system with matriarchy, a system that has rarely survived for long in its prior incarnations. To realize their ambitions, they are willing to undermine civilization and all of the true progress that has been made throughout the ages.

If these anarchists get their way, it may well mean a world buffeted by shortages and failings of what most of us take for granted, including our infrastructure, water and food production mechanisms, and transportation systems. Getting rid of men will devalue or even devastate an evolutionary process that has kept many of us safe and secure in the face of home grown and foreign threats. More than likely, instead of achieving feminist nirvana, the outcome of such misguided ambitions will be horrors such as mass starvation and death by dehydration.

During the steam engine era, many people believed that traveling more than 30 miles per hour would be dangerous to human health, but it wasn’t long before that threshold was exceeded by a wide margin. Indeed, supported by a male-dominated system that die-hard feminists condemn, innovation has allowed us to blow through endless constraints without even blinking an eye. In the view of astrophysicist and author Neil deGrasse Tyson, the patriarchal institutions of the sciences, technology and engineering will skyrocket our world towards tomorrow at speeds most have probably never imagined.

Feminism has become undignified and whether this anti-male crowd accepts it or not, patriarchy has shaped our history and can successfully sculpt the uncertain future ahead of us. It has been the foundation of monumental accomplishments and helped fuel endless exploration and creation for the benefit of all. Hopefully, as this truth becomes more widely understood, it will accelerate the shift in gender politics that are already underway. Social awareness will check feminism’s power and a true balanced equality approach will exist. Eventually, the empty ideologies promoted by feminist dinosaurs and the delusional scholars responsible for the women’s studies-driven war on men will be seen in retrospect as ancient folk tales. The old feminist utopia meme will be truthfully reinterpreted as a byproduct of resentment and fantasies based on jealousy and mental health problems.

As society assimilates the “Red Pill’s” progressive reawakening of social justice, suicide will be understood, schools and parents will begin to guide young boys and girls through healthy life paths by identifying what truly ails them and intervening with gender and age-appropriate solutions. People will learn to embrace, rather than deny, gender differences that uplift, inspire and empower human rights for girls and boys, and for society as a whole.
About the Author

Tim Patten has published the handy investment guide: MGTOW Building Wealth and Power. He also wrote WHY I CHEAT – 11 campfire stories for men’s ears only. Both books are a celebration of masculinity and pay homage to the modern men’s liberation movement.