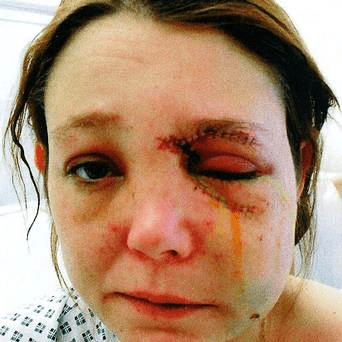 When a man is convicted of beating his wife, he is jailed, hit with big fines, and required to pay for anger management and other such services to prevent it from happening again.

Because of what he did, many would say he deserves no sympathy and got just what he deserved.

But what if there was a way to prevent the heinous act he committed from occurring in the first place? What if it reflected a reaction, however unjustified, to the relentless physical, mental and emotional pressures that weigh on men, but which could be mitigated through a better approach to managing their mental health? Imagine, instead of waiting for males to become victims or victimizers, wouldn’t it be better to support them early on, even if it involved just one hour of life coaching a week, as they journey through growing up, relationships and careers?

Many people don’t seem to understand what men go through, especially in the workplace. At dangerous construction sites, in toxic industries, and in risky occupations such as powerline repairs, roofing, sea fishing, lumbering and mining where men predominate. Most first responders, including police, fire, emergency and military workers, as well as those who pick up the pieces after a hurricane or other disaster, are also men.

Evidence suggests that many of these same individuals are impacted in one way or another by domestic violence, suicide and substance addiction, which often remain untreated until it’s too late.

Nowadays, a male must first be diagnosed with severe depression or suicidal tendencies, get a ticket for driving while under the influence, or be jailed for beating up a female, before he is offered appropriate treatment. To top it off, he must often pay for that treatment from his own resources. Such a situation heightens the risk of suicide and spawns other harmful acts, to himself and others. In fact, experience suggests that once a person has attempted to take his own life, it can be difficult, if not impossible, to eliminate such a tendency.

In essence, men must cross a deadly divide or break down into a state of disposability before being directed toward services that might enable him to become a productive member of society again. It’s hard to see how this helps anybody.

But that doesn’t mean there’s no answer. By rethinking the current approach, bad outcomes may well be avoided. In fact, there is evidence to suggest that by transforming the way we deliver and finance our behavioral and other health services to males throughout their lives, we can reduce the fallout to the individuals themselves, those they care about and work with, and society more broadly.

Indeed, in some ways, the solution seems simple: in stressful or dangerous situations where it’s mainly men on the front lines, employers should be required to provide male-styled counseling and coaching by well-trained professionals that addresses personal projects, business successes and transitions, and relationships. Men thrive best outside of the typical face to face sit down counseling model, so an innovative activity based coaching program should be implemented and designed to build trust, communication, decision making, self-worth and confidence. Between coaching secessions, events such as the adventurous Mankind Project, the Ropes Course Experience, and other physical projects involving teamwork are attended. The Men’s Shed Movement represents a recent example of processes that fine-tune male nature and empowering quality choices through life-coaching activities while in school and at work.

The obvious question, of course, is how to fund a strategy of an activity based coaching program that will enable males to achieve peak performance and make appropriate personal choices. One way is to tap the billions of dollars raised by those who claim to share the vision of seeing men’s role in society improved: women’s organizations. Combined with the funds raised by women in the so-called fight against male violence, as well as public donations and employer allocations, the total would be more than enough to help those whose efforts we could not do without. These funds could also be applied to reducing domestic violence by woman against men.

A Call to Empower our Best

There’s a reason why we count on the best and strongest males to protect and mend our world after disaster strikes. Our way of life and the successes that mankind has achieved so far have largely stemmed from the power of our collective masculinity. Because of this, it is imperative that we encourage men to be men and advocate improving the communal support, education and therapeutic system that will allow this to continue.

Frankly, it’s time for all of us to support the valuable resource that has long kept us safe from dangerous forces and our society in a state of good repair. History clearly shows that humanity has depended and still depends on men to build, enhance and protect us and our life-sustaining infrastructure.

Time and again, men have proven that they are the critical dam between human progress and uncivilized darkness. To ensure this continues, we must end the habit of disposing of men once they are used up, broken, addicted or homeless. Males must not be simply valued for their capabilities; we must keep their batteries charged, minds clear and spirits high by providing them with a compassionate and caring shoulder to lean on whenever they need it. By rethinking our model for financing and delivering behavioral health care services, we can truly realize these ambitions.

Tim Patten has published books and articles that celebrate masculinity. His popular and handy investment guide, MGTOW, Building Wealth and Power, helps others in the modern’s men’s liberation movement. His eleven short stories of men in relationship crisis counseling, Why I Cheat has sold thousands.