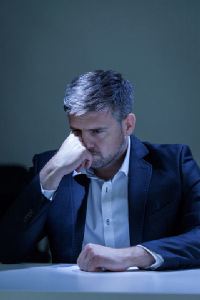 In many respects, women’s needs have been placed above those of others since time began; typified by when disaster’s strike a call for ‘women and children first’ is sounded. Unfortunately, this alongside decades of the women’s movement a disturbing result exists today: a supposedly progressive society that is, in fact, highly discriminatory and that extols humiliation, distrust and abhorrence towards all males, but specifically straight white men. This potentially induces some men to isolate themselves. But a growing number of males have decided that enough is enough, and that it is time to counter a trend that has damaged them. As history’s true masters of the universe, men are again taking matters into their own hands, sculpting masculine destinies free of the misandry, abuse, and isolation that has become commonplace in recent years.

Among the movements playing a critical role in this struggle to overcome the wrongs are Red Pill Awareness, Men Going Their Own Way (MGTOW) and Japan’s Herbivore Men. Collectively, they and groups like them represent a world-wide brotherhood of the modern men’s liberation movement. It has an increasing fanfare of female advocates who are forward-thinking individuals with the intent on empowering men forward. They and the Red Pill men are also keeping an eye out for men who have been waylaid into a so-called isolated existence, by women who have systematically secluded their partners from friends and family.

The online organizations such as A Voice for Men and MGTOW.COM have raised awareness about male social isolation and about what is right… as far as any male is concerned. Certainly, there are some men who consider a hermit-like existence to be blissful, and the notion of being inaccessible to other people is not necessarily a bad thing. However, evidence suggests that enforced social isolation among males is a growing epidemic that has had tragic physical, mental and emotional consequences, including promulgating shame, low self-esteem, and substance use; all increasing the numbers of male suicides. They may also feel unwanted, unrewarded and depressed, overwhelmed with self-loathing and a sense of hopelessness. First, isolation needs to be defined.

Admittedly, many view social isolation and loneliness as one and the same, but there is a difference. When a person is lonely, it generally stems from a temporary lack of contact with others or a particular loved one. However, when someone is isolated, it reflects a complete or near-complete separation of interaction between that individual and all other people. It doesn’t have to be caused by tangible barriers or direct intervention. A man weighed down by the struggle to feed his family, or whose children have been cut off or taken away from him by an ex-wife, can readily fall into such a state.

But once we know what to look for, and then take the necessary steps to either prevent it from happening or to reverse a slide toward deeper isolation that has already begun, then we can make a big difference when it comes to somebody who is at risk. In the case of Red Pill men, for example, they are becoming well attuned to such developments in an effort to limit and prevent it from happening to themselves and their brothers. Even given the fact that men typically don’t need or rely on others as much as women; Red Pill men can turn things around for themselves.

Indeed, as the most resourceful beings on Earth, we men can use our inherent ingenuity to address such difficulties. It takes desire, creativity, and an open mind:

A house pet can turn even a threadbare accommodation into a warm and loving home. However, instead of going to a pet shop or a puppy mill, why not adopt a pet from an animal rescue shelter? Your new friend will be more loyal than almost any human you can think of and will love you for just being there and taking care of him or her.

Unlike me, some members of my family lives deep in the woods in northern Wisconsin’s quietest parts. Still, no matter how secluded any of us might be, we will generally have some contact with others, even if it is only those we meet in a store or who bring deliveries and mail to our doors. When such moments occur, why not look into their eyes, smile, and say “hello”? And maybe have a chat with them or share a joke. Their day will likely brighten because you took the time to acknowledge them–but so will yours. While such interactions help reassure our place on Earth and bridge our differences, they mostly teach us that life is connected.

One ritual that many have found to be conducive to a healthy mind and body is to run, bike or work out every day. In my case, after I eat an orange and drink my morning coffee then I head out the door for a 30-minute walk. I return and engage in some writing, and finally, I do 20 minutes of yoga. That first bit of walking during the morning helps me to sort out and prioritize my thoughts for my article or book or whatever else I might end up doing on any given day.

There are many times when I say “good morning” to everyone I meet–even the homeless men wobbling slowly to their feet as the sunshine unfolds. When I do this I know that I am intentionally radiating energy outward toward others, and yet somehow I also feel a warm glow myself. Perhaps it is a kind of karma? Regardless, I share in this way because it can give meaning and a personal connection to a boring little 6 a.m. walk around the streets of San Francisco.

Once you move beyond an oppressive female or whatever else that had been relegating you to the basement man-cave, why not transform your entire home into such a space. Go for the glory and make it the place where you relish in your hobbies and secrets – whether they be electronics, art, sports, war memorabilia or something else. Invite coworkers and friends over to watch the game on an HD-TV, and provide some refreshments and goodies. You will have demonstrated the power of MGTOW without even saying a word, no proselytizing necessary.

Studies have found that connecting with friends, family and coworkers can help those who are single to improve their health and increase survival. Most of us have a hobby or interest – hunting, fishing, camping or hiking; landscaping or gardening; church, traveling or going to concerts; taking classes, playing sports, lifting or fighting; or metalworking and the fine arts – that others may be interested in. Why not take the lead and ask one or more friends to join you? If you can, pick up the tab and make it easy for them. Don’t be shy about sharing the moments that you love.

A few years ago, I bought 10 days worth of tickets to see the San Francisco Giants at nearby AT&T Park, where the thrill and comradery of witnessing a home run hit on the home field is always electric. I invited various friends to come along and join me at the center of the action. While some paid their way, most did not, but that really didn’t matter.

One Saturday afternoon, I took a coworker and her father, Ed, to a game. Even though the old man had lived in the East Bay all his life, he had never been at the stadium alongside 40,000 cheering fans. As his family’s sole provider, he had spent most of his life working his fingers to the bone. But now, as the Giants pounded out three homers, you could see he was really enjoying himself. When he passed away a few years later, I was happy that I was the one who had given him such a memorable experience.  To this day, it still warms my heart.

Red Pill warriors around the world are avoiding placing women before themselves and instead are developing self-awareness, building a male-centric infrastructure that can facilitate appropriate interaction whenever needed. Most thank their lucky stars as they look forward to a drama-free life of personal freedom and genuine masculinity. Government’s need not help because the paradigm shift is here and the brothers are doing it for themselves. Any man who needs help can reach out to comrades at MGTOW.COM, where many lives have already been saved.

Tim Patten has published the handy investment and modern man’s survival guide for college-aged men and older: MGTOW, Building Wealth and Power. He also wrote WHY I CHEAT – 11 campfire stories for men’s ears only. Both books are a celebration of masculinity and pay homage to the modern men’s lib.