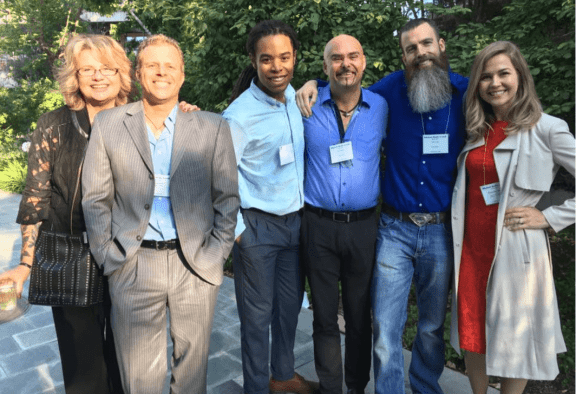 LEFT TO RIGHT: Red Pill Producer Cassie Jay, three guys who must have been ok to be in this picture, NCFM VP Marc Angelucci, and Cassie’s wonderful mom Nina. Click on the picture for more information.

On May 25, 2017, Digital Hollywood’s DigiFest awards and The Red Pill just won the Women In Film’s Best Film Award!

Thanks to one courageous young film producer, Cassie Jay of Jaye Bird Productions, and hundreds of well-meaning and dedicated Men’s Rights activists who over the last century or so set the stage for Cassie’s film the Red Pill, the world now has the opportunity to see first hand the difference between contemporary feminism and the men’s rights movement.

We are excited that Marc (and other NCFM members in the film or not) are often able to attend showings of the Red Pill and be a part of the change the movie is making.