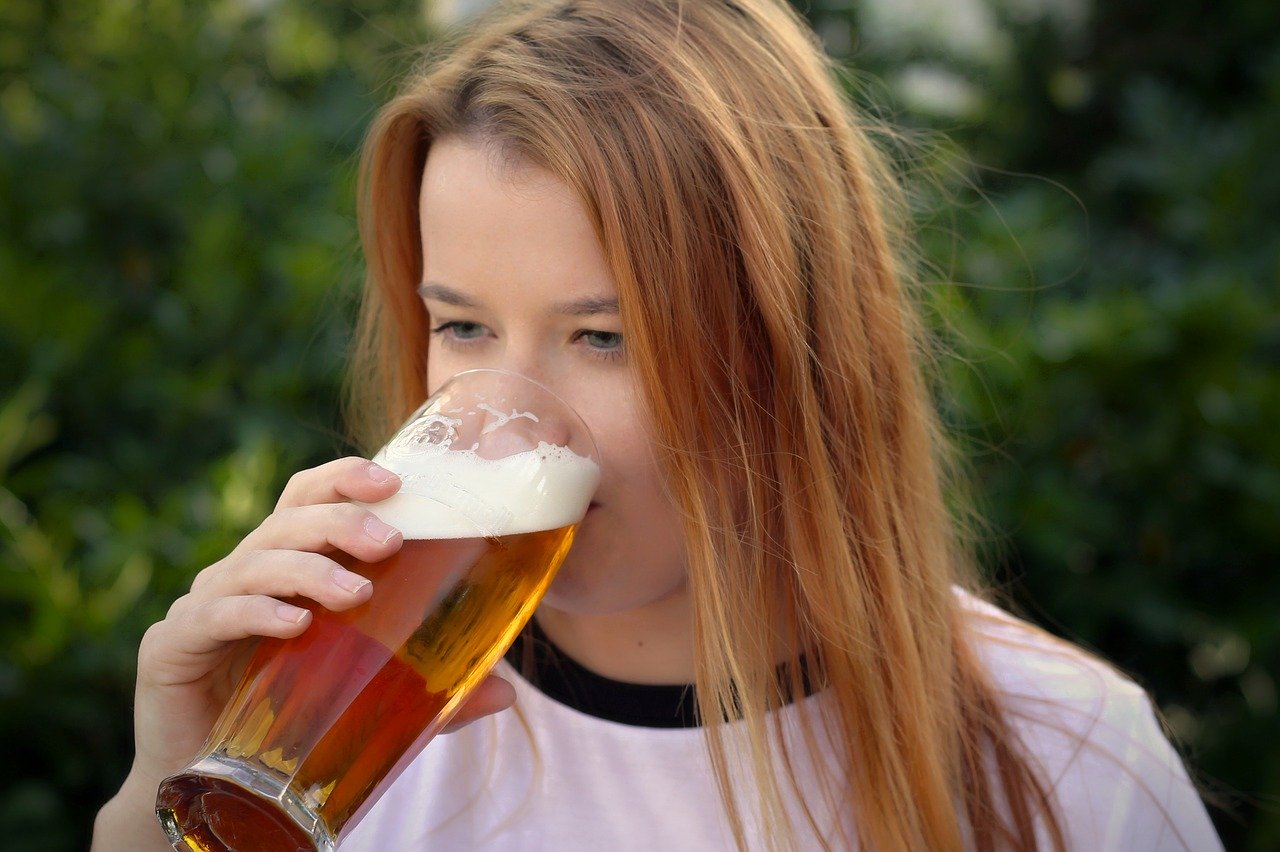 Imagine my shock and horror when I came across an article entitled “Women are drinking more than men to cope with coronavirus due to ‘psychological distress’ and the presence of children in the home during the pandemic” on a web site (www.stationgossip.com).  As if there weren’t enough systemic injustice in this world, now we have this to deal with!

In a nutshell, the article states that coronavirus stay-at-home orders have forced many women into being stay-at-home mothers!  As a result, more and more women are turning to booze for self-medication – resulting in a 16% rise in the number of alcoholic drinks consumed by women.  Yes, America’s mothers are starting to imitate the gaits of their toddlers!  The difference is when they faw down, they don’t get up so quickly.

Of course, the very idea of children at home is appalling.  Just because families are smaller than ever and middle class houses have more square footage than ever doesn’t mean the little buggers don’t get underfoot any more.  Where to stash the kids has always been a problem.

But there are some commonsensical solutions to the problem.  First of all, if mothers would share their alcohol and spike their kids’ drinks, they’d probably get more stress relief than by consuming all the booze themselves.  Dump an ounce or two of vodka into junior’s sippy cup and every meal becomes a happy meal!  Who says adult beverages are for adults only?

To be sure, men are drinking more too these days, but the imbibing has increased more for women than men.  In other words, women are more affected, so it is time to take action in the name of equity.

One possibility is inducing men to drink more.  Usually, this is easily achieved by offering drinks on the house but with the bars closed, this is no longer feasible.  Some bars and restaurants, however, are now offering beer, wine, and mixed drinks to go.  And, of course, supermarkets and big box stores still have alcoholic beverages for sale.  So the federal government could issue special stimulus vouchers to be used only for purchase of alcoholic beverages by men so they can catch up to women.  Even teetotalers would benefit, as a brisk secondary market in vouchers would likely ensue.

On the other hand, I can already hear critics bellowing that giving men free booze promotes patriarchy rather than subverts it.  Such a program would be a tough sell to the local wokels.  Rather, let’s consider…

Free booze for women!  Why?  Because of their special needs!  In these stressful times booze is like mother’s milk to mothers.  But what’s a mother to do when her need for liquor outstrips her resources?

Remember the “End Period Poverty” movement to provide women with free sanitary napkins?  Since men have no need for sanitary napkins, charging women for them was prima facie discrimination!  So when women’s need for alcohol surpasses men’s, the government should step in and do the right thing.  Free alcohol for women, or at the very least, some sort of government assistance program to augment women’s alcohol budget to alleviate their stay-at-home ordeal.

Well, every prospective law needs a good nickname.  You can’t just call it H.R.292, or whatever, and expect the public to pay attention.  So how about Hooch for Kooches?  A good slogan is also helpful.  How about, “A woman needs alcohol like a fish needs water”?

Few females, even those who declare they are not feminists, are going to argue with free booze.  Oh, the Women’s Christian Temperance Union is still out there, even though you don’t hear much from these days.  I hate to think how they will react when they get the news about that 16% uptick in women drinking.  After all, how can women convince men to take the pledge while they’re getting plastered in record numbers?

So let’s take a serious look at alcohol as a special female need, like sanitary napkins.  Alcohol is a proven coping strategy, just another one of mother’s little helpers.  And, frankly, I think it’s a matter of public health.  After all, if alcohol-based hand-sanitizing is being encouraged to stop the spread of covid-19, doesn’t it make sense to promote consumption of alcoholic beverages to sanitize one’s innards?

Imagine a national ID card for every female American…sort of like a voter’s registration card.  Or maybe we could work it like World War II where every adult female is given a book of ration stamps.  Take your stamps and your ration book to the retail outlet and take home a free six-pack…fifth…quart…half gallon…we can work out the details later.

And the benefits just keep on coming.  Surely the nation’s supermarkets, chain stores, and liquor stores will appreciate this shot in the arm.  All the farmers growing corn, rye, barley, and other grains that are key ingredients in alcoholic beverages will surely be on board with it.  Brewers, vintners, distillers – I think I know where they would stand on this issue.

Now, men, don’t feel resentful because you have to buy your own booze while women get it free (so what else is new, you might be thinking).  You see, in today’s gender-fluid world, once you declare yourself a female, you too would be eligible to get free booze.  Just out yourself as a dame, sign an affidavit that says you’re a woman, get a note from your gynecologist, and apply for your free booze.  Only a fascist would dare to complain you aren’t what you claim to be.

Of course, there’s no getting around those government warnings on the bottle.

1. According to the Surgeon General, women should not drink alcoholic beverages during pregnancy because of the risk of birth defects.

The sturgeon general!  That fish-faced SOB is such a wet blanket!  True, there is a risk to the unborn child when pregnant women drink alcoholic beverages.  The last thing an already stressed-out woman needs is to give birth to a baby with fetal alcohol syndrome…but how to alleviate the stress of pregnancy if one cannot drink?

Here is where the classic feminist call for abortion on demand is crucial.  Why should a woman have to give up the delights of alcohol consumption just because she’s pregnant?  Once the doctor makes a diagnosis of FAS, abort the little freeloader as quickly as possible.  As is the case with most procedures, however, the woman would have to do without alcohol for 24 hours before the abortion.  But once the little souse is evicted, let the good times roll!  Of course, there’s always the chance that FAS may not be diagnosed till after the baby is born.  Well, in a more enlightened society, infanticide on demand would also be an option.  Attitudes are changing, so perhaps one day defective children will be dumped on the ash heap of history.

Then there is that second warning on the bottle:

2. Consumption of alcoholic beverages impairs your inability to drive a car or operate machinery, and may cause health problems.

No doubt those killjoys at Mothers Against Drunk Driving will weigh in against giving free booze to women.  Undeniably, such a government program would increase the likelihood of women being arrested for drunk driving.  But that is easily remedied by labeling it as just another form of discrimination…you know, DWF…driving while female.  Once you establish that being stopped by cops is the latest front in the war against women, you can weave back and forth from one lane to another all day long and no law enforcement officer will dare stop you and risk a civil rights lawsuit.  Besides, in many traditional societies, weaving is a predominantly female activity.

As for operating machinery…geez, I don’t see that as a big problem because I never see women doing that, and hardly a day goes by that I don’t witness construction crews, road gangs, or utility workers on the job.  Nevertheless, I bow to the possibility that there are such women out there.  Frankly, operating a bulldozer with a beer buzz sounds like a hoot!  Better than any ride at Six Flags and you don’t have to stand in line!  Who am I to deny women such pleasure if they are in a position to experience it?

Now some people may think free booze is just another attempt to pacify women, to keep them from getting too uppity.  I think not.  Surely, we have seen women who get more uppity the more they drink, so I think they would cancel out the passive ones who sit there as cool as a Cheshire cat lapping up a mint julep.

Of course, it is difficult to refute the assertion that such a giveaway program only adds to an already bloated federal deficit.  Admittedly, in most circumstances, I would be against anything that increases federal spending.

In this case, however, call me a Keynesian!