Teachers instructed to focus on women on ANZAC day this year 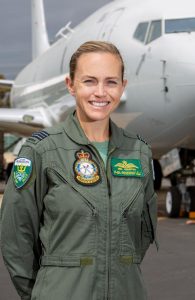 My article, Some of us are more equal than others was published only a couple of days ago.

The major focus of my article was the way in which the media promotes the lie that women stood side by side with men in the trenches and on the battlefields in past wars and suffered through the same hellish conditions and endured the same shocking trauma and loss. They insist women should share the stage with men on the day we pay tribute to the sacrifice of our soldiers who fought in countless wars during the past century.

Well, this wasn’t as accurate an observation as it might have been for it appears women are no longer just sharing the stage with men as brave warriors but are in fact pushing the men to one side and standing alone in the full glare of the spotlight.

Today, as I was perusing the Herald Sun I came across this prominent headline:

What followed was no less astonishing than the headline.

Schoolchildren will for the first time understand Anzac history is now more than just men in trenches with a new program highlighting the role of women on the frontline.

Oh yes-it’s so much more than just men in trenches.

Let’s shift the focus from those men who had their legs and arms ripped from their bodies, their brains splattered all over their mates, and guts spilt open by devastating artillery bombardments and shine it on the many women who have hovered for too long out of reach of the limelight they so richly deserve.

Our schoolchildren have for too long lived under the misapprehension that it was men who gave their lives, limbs and sanity so we could live in times of peace and plenty. This myth is going to be hurled into the dustbin of bogus history and replaced with the truth.

Read it for yourselves:

Ten years ago Melissa Houston was filling her car with petrol at an Adelaide servo when the attendant looked her up and down.

“They let women fly planes now do they?” he mused, staring at her flight suit.

She nodded, smiled, paid and drove off mad.

She was indeed flying and is now not only a squadron leader but is the first female flight commander of the RAAF’s proud 11 Squadron, that since 1939 has defended the nation’s coastline.

Her promotion is one of the last few posts in the Australian Defence Force that hasn’t had a woman at is head and comes as schoolchildren will for the first time this Anzac Day finally learn of women’s roles in the ranks.

Schools, educational institutions and community groups have received a mass mail out of educational material ahead of this Anzac Day and for Term 2 lessons that focuses on contemporary wars and peacekeeping missions and critically the role of women.

In the past, those featured wartime roles have simply been at home in factories or clerical roles or “keeping the home fires burning” but now features active service on the frontline.

The Department of Veterans Affairs sees it as a win that will ensure the next generation of schoolchildren understand Diggers these days aren’t just men. 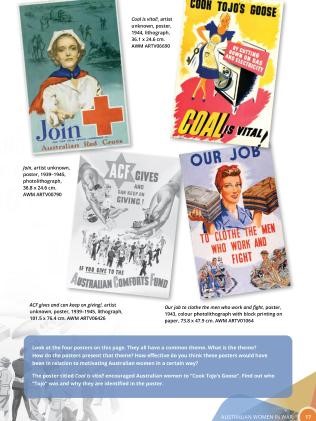 “I remember to this day being really shocked that anyone would have that view or would voice it,” Squadron Leader Houston recalled yesterday of her servo experience.

Why was Melissa Houston really shocked? The fact is women still make up a tiny fraction of pilots/soldiers in our army and they rarely if ever take part in battles fought or find themselves on the frontlines. It seems disingenuous and feeds so nicely into the “women should stay in the kitchen” narrative she tries to infer was the common belief held by most men.

“I was gobsmacked but I think those attitudes are changing and 10 years on I’m not seeing that anymore, people don’t see me in a flying suit at Woolies on the way home and are shocked, it is becoming more normal.”

Sqd Ld Houston, originally from Melbourne, said it was good that women in senior ADF roles was becoming more normalised.

By the way, how does a female become a commanding officer?

“So, what I am enjoying seeing now is that you’ve got some really strong women in some significant leadership roles.”

Strong women. Those two words make my toes curl. There are apparently strong women in Hollywood and in our defense forces. Are the rest of them weak?

For Sqd Ld Houston, when she joined she had no idea where her life would go when as a schoolgirl she attended a careers expo in Melbourne and was called over to the ADF desk.

“I had a chat to a recruiter and in the space of 15 minutes I was convinced to apply and the rest of history, 15 years later here I am,” she said. 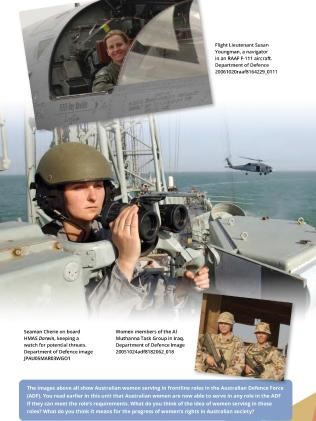 Then Flying Officer Melissa Houston, a navigator with Crew 3 of 10 Squadron, carries out her pre-flight planning ahead of air, ground and naval forces from Singapore, Malaysia, New Zealand and the UK in the South China Sea in 2009.

She has since been on multiple deployments, notably to the Middle East.

The 11 Squadron is Australia’s primary operational maritime patrol squad flying the P-8A Poseidon, state-of-the-art intelligence, surveillance and reconnaissance aircraft with diverse missions to war zones and also most recently to help map the movement of this year’s devastating bushfires in NSW and the ACT.

Veterans’ Affairs Minister Darren Chester said while coronavirus meant there could not be Anzac Day gatherings, the mail-out provided schools with engaging tools to assist them in observing this national day of commemoration.

“There is also a focus on the important role women have played during wars, conflicts and peacekeeping operations. This is a significant undertaking, with a wide range of community groups and other stakeholders engaged, and is a key part of many communities’ Anzac Day preparations and ongoing education about our military history.”

Women simply must not be overlooked in any aspect of our society, no matter how minimal their contribution.

Here is a list of the Australian soldiers who lost their lives in Afghanistan.

I wonder if lists like this one could be used to prompt some discussion in even one lesson. How long would it take the children to notice who was missing from that list?

I tried to uncover details about the number of Australian female combat deaths and could not find any information.

The absence of information speaks more powerfully and eloquently than anything more I could write on the issue.

I hope the education department is already working hard on its new curriculum on domestic violence where they will finally destroy the antiquated notion that only women suffer violent abuse in the home. I hope the facts about murderous mothers and cruel wives make it clear, once and for all to all of our students, that domestic violence harms men, women and children.

I’m sure the mail outs are being organized even as I write.

Original Story on AVFM
Author: Mark Dent
These stories are from AVoiceForMen.com.
()