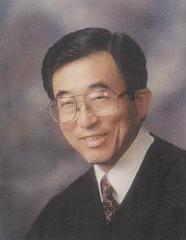 NCFM NOTE: Above the Law began a series concerning NCFM member Jerry Cox’s horrific treatment by Mariposa County officials and hired thugs to in effect imprison him, bankrupt him, steal his over 400 acre ranch with improvements, then run him out of the county. Readers following this case will find additional information in this series that is not included in our previous articles. The series is well worth the read. Jerry’s determination and our commitment to Jerry may very well have untended consequences in further reforming receivership laws in the state of California. For those of you who still wonder why NCFM is involved in a land grab case, please recall that our involvement started when Jerry contacted us about being falsely accused of rape. We are still pursuing his false accuser who has now lawyer-ed up with a major law firm that apparently believes false accusers deserve something or other. We agree if the something or other is making Jerry whole before she’s shipped of to prison, although we doubt very much her lawyers agree…

MARIPOSA COUNTY, CA – They say the wheels of justice turn slow, but for Jerry Cox and his attorney Marc Angelucci, the wheels of justice have been flattened at every turn by a state justice system no longer blind to the wealth and power of those before its judicial bench. That is until a federal judge read the facts of the case as detailed by all parties after an anti-SLAPP motion had been filed by Mariposa County, Mariposa County Sheriff’s Office, and Mariposa County deputies William Atkinson and Wesley Smith. View the Federal Order issued by Senior District Judge Anthony Wayne Ishii by clicking HERE.

In 2015, disgraced and former Mariposa County District Attorney Thomas E. Cooke, filed criminal charges against Jerry Cox for the alleged rape and kidnaping of one Ashley Harris. A woman he’d met on the dating website Farmersonly.com.

The charges were eventually dropped after the public learned the alleged victim, Ashley Harris, had given an initial statement to the CHP who did not give much credence to her or her co-conspirator Darlene Windham. Since the CHP did not have jurisdiction over the case they had to refer it with their investigation information gathered to the Mariposa County Sheriff’s Department and that’s when Jerry’s life turned upside down.

The Women Who Allegedly Started The False Rape And Kidnapping Allegations Against Jerry Cox.

Though the charges were ultimately dropped, but while the criminal case was still pending, the county secured an expansive civil warrant to inspect Jerry’s 420 plus acre ranch known as Bison Creek Ranch. The inspection allegedly identified over 100 code violations and initiated a receivership appointment by Mariposa County Judge Dana Walton who appointed Mark Adams and his company, California Receivership Group (CRG).

Mark Adams was tasked to act as a neutral renovator on behalf of the court to bring the property back to code and collect fees for his services in order to pay for permits, inspections, clean-ups, repairs and even legal fees associated with his companies duties to bring the property back to code. Mark Adams ultimately placed liens on Jerry’s property and alleges thousands of dollars in costs relating to his receivership duties as assigned by the court, which in California are very broad.

The California anti-SLAPP law was enacted by the state Legislature almost twenty years ago to protect the petition and free speech rights of all Californians. Amendments have been made since that time to improve the law and provide stronger protection from meritless lawsuits to anyone who is SLAPPed in California.

The federal judge in Jerry’s case sighted Subdivision (b)(2) of section 425.16 of the California Code of Civil Procedure which provides that courts “shall consider the pleadings, and supporting and opposing affidavits stating the facts upon which the liability or defense is based” in deciding a motion brought under section 425.16.

“The foregoing facts make it hard to credit the County Defendants’ statement that ““the County’s only interest in the Property has been, at all times, to ensure that the violations of law upon it are remedied to protect the health and safety of the occupants, the neighbors, and the surrounding community.”” The relatively sparse inspection history described in the Warrant declarations seems to contradict the assertion that the Property had been ““the focus”” of code enforcement efforts ““since at least 2008”” and raises obvious questions about the expansive scope of the Warrant (which included not just buildings but also all ““vehicles … compartments, drawers, cabinets, papers, and electronic files located on the Property””). The notion that Cox could have repaired all 101 ““dangerous violations”” set forth in the N&O in a 30-day period that included Christmas and New Year’s Day strains credulity, particularly since the County’s expert receiver was still collecting bids 10 months after the Receivership commenced and was apparently still working on repairs well into the first quarter of 2019. And it is unsettling, to say the least, that the aggressive code enforcement activity evidenced by the record in this action coincided with the County’s failed criminal case against Cox.” – Senior District Judge Anthony Wayne Ishii

“The Judge wrote in his order regarding a number of issues the county raised,” said Marc Angelucci in a phone interview with AAL. “Like their only interest is to protect the public and that there were these multiple violations when in fact there enforce enforcement efforts were very sporadic.

The Judge also wrote that he found it very unsettling to say the least,” Marc continued, “that the criminal case was part of the request for a warrant and that they combined those two cases. These are basically all of the things that we have been complaining about put together in one paragraph by the federal judge. Obviously there are many other things that are wrong, but these are the main ones we’ve been trying to point out.”

When asked about that status of Jerry’s case before Mariposa County Judge Dana Walton attorney Marc Angelucci said, “the property has been sold and the funds are sitting in a trust held by CRG. In late July the court will hold what is called a discharge hearing in where the court then discharges the receiver and decides who gets what amount of those funds between the county, the receiver and any remaining would go to Jerry, if anything is left.”

When pressed if Marc has any plans to use the federal court to stop the state court until the issues Judge Ishii raised could be addressed, Marc would only say they have a couple of legal maneuvers he and his team are weighing at the moment.

Please click on this LINK to be take to the National Coalition For Men‘s website and their own update to Senior District Judge Anthony Wayne Ishii’s Order.

I called the man at the center of this whole case, Jerry Cox, to get his take on the Federal Judges response to the anti-SLAPP motion denial. Jerry has since become homeless living destitute many hundreds of miles south of Mariposa County Jerry’s lost everything except his positive outlook that rang true of the old west heroes. Those who had no voice to stand up against unabated power and greed. And it hasn’t been for lack of due diligence because he’s fought with the truth at every turn yet it never seemed to matter to the legal system he respected and trusted all his life.

“What really messes with your psyche,” Jerry said in a phone interview with AAL, “you have a normal day you get arrested. Then you get a five hundred thousand dollars bail, And then you don’t know the whole story. It comes out later and the receivership and all these lies and… I never knew it would take forever just to get the truth out. I thought maybe if something like this happened to somebody the truth would come out tomorrow. Its been like pulling teeth. The truth is coming out, but I never thought it would take this long. I thought maybe just a few days.

Everyday I would say that it was gonna be over,” Jerry continued. “When you’re locked up for ten days then go to court only to hear that this woman got beaten and then I realized that “Oh, Shit! They’re talking about me!” I mean people need psychiatric treatment after this because you can have a normal day and you can get arrested for fifteen felonies… its weird. It was just really weird. There was no like fight that day or an argument. I mean there was this cheese burger left in the microwave and crumbs all over the kitchen and this is where I have tourists coming to spend weekends away from the city as part of my agri-tourism business.

Jerry’s dream he had built since 2000 “Bison Creek Ranch”They gave me seven days to leave just as the coronavirus started infecting people,” Jerry continued. “They take everything from you, steal from you, they don’t check on you and they leave you for homeless. Its like… this is the craziest thing I’ve ever heard of.”

The Mariposa County Sheriff’s Office was contacted at approximately 9:38 AM and I spoke with the Sheriff’s assistant. She politely stated that she would take my information and request for a statement concerning the federal judge’s order and ask that their Public Information Officer to return my call. I informed her of my 2 PM deadline and have had no response as of yet.

I called the California Receivership Group regarding the recent order and left my information on a voicemail. at approximately 9:47 AM. I informed them of my 2 PM deadline and have had no response as of this writing.

I also called the offices off Silver and Wright at approximately 9:44 AM and spoke with a woman who was also polite and took my information promising that I would receive a call back. I did inform her of my 2 PM deadline.

At approximately 11:02 AM I received a call back from Mr John Fujii of the law firm Silver and Wright, of which he is listed as a Partner Attorney. Mr Fujii began by stating that I should send my questions to him in writing. When I informed him that I don’t really have but one question and that is do they have a statement regarding the judges order denying the anti-SLAPP motion his office filed, he then referred me to the Mariposa County Counsel’s Office. I then questioned him as to why he would refer me to them and asked him directly if they were in fact representing Mariposa County in this particular action to which there was a long pause and then “yes.” I then stated that I just want to give our readers a balanced perspective of this story from all involved and just needed a short statement regarding the motion denial. Mr Fujii then took my email address and said he would send me something. But as of this writing I have received no statement from Mariposa County’s outside counsel regarding this matter.

Jerry is not alone in his fight against the receivership greed as many Californians have faced receiverships who are given unfettered access to these Americans lives. Where is the oversight or stipulations to help the owner of the property rather than to apply lien after lien against the property with excessive charges and fees? What am I talking about? Well Im glad you asked. But you’l have to check back on Monday when we publish the first of our two part series, “Receivership or Legal Robbery? The Unregulated Industry Industry That May Be Illegal.”

See Above the Law articles in this series:

Receivership or Legal Robbery? The Unregulated Industry That May Be Illegal.