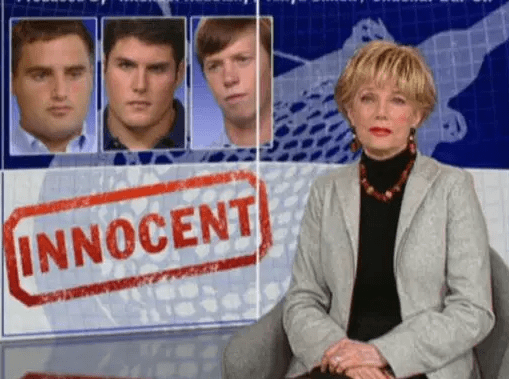 On Friday, April 28, 2017, I was privileged to take part in a teleconference http://www.saveservices.org/2017/04/pr-mending-a-flawed-system-save-announces-teleconference-on-campus-sexual-assault/, hosted by Stop Abusive and Violent Environments.

The purpose of the teleconference was to address a variety of issues related to the current state of sexual assault allegations, investigations, and tribunals on our nation’s college campuses.

The teleconference was well-organized with well-informed speakers.  The speakers included;

The emphasis involved the failures and effects of the 2011 ‘Dear Colleague’ letter or directive from the Department of Education, Office for Civil Rights, mandating certain requirements post-secondary institutions must do in the investigation and adjudication of allegations of sexual misconduct.

As we all know and have repeatedly seen, this directive and its resultant effects have been an abysmal failure.  There are countless stories of the violations of constitutional protections and due process of accused students, many ending up in litigation.  False allegations have run rampant, and many college administrators; fearful of losing federal funding have instituted ‘kangaroo’ inquiries and tribunals; utilizing the ‘preponderance of evidence’ standard to hold those accused responsible, even when; in reality, no crime, violation, or college conduct policy has been committed.

Further complicating the problem are the implementation of so-called ‘Victim Centered Investigations (VCI).’  The problem with victim centered investigations is that policies enacted by universities, mandate that certain investigative steps not be taken, or evidence of innocence is either glossed over or ignored altogether.  These policies ultimately result in inquiries that lack specifics and make the determination of the truth nearly impossible.

No one condones campus sexual assault, and all true and real victims deserve and must be afforded the necessary resources and ability necessary to do justice.  There are some instances where this is true, however the clear and convincing evidence; not the preponderance of evidence, suggests that these college sexual misconduct allegations, inquiries and tribunals have metastasized into a modern-day ‘witch hunt;’ a modern-day ‘kangaroo’ adjudication process.

Let us not forget, the gargantuan industry; the ‘sexual assault hysteric cottage industry,’ that deplete the taxpayers of hundreds of millions of dollars a year, and employs thousands to combat a problem that many who exercise a modicum of common sense, agree has been exaggerated to the point that defies logic and common sense.  Some, in this ‘industry’ feel justified to carry out drastic and dramatic policies, rules and laws to eradicated what they call, an ‘epidemic.’

Take for example, the ongoing issue of claims made by certain legislators and special interest groups like Black Lives Matter.  If you listen to the claims of these people, the mantra that they promote, that there is an ‘epidemic’ that all law enforcement officers are racist and are routinely targeting young black men for assassination, is simply not true, and is backed up with facts, including official Department of Justice crime statistics.  Let’s not also forget that many of our nation’s law enforcement officers are black, other racial groups and women.

From a common-sense perspective; and I will pose this hypothetical scenario to parents of college aged women; if you really believed that by sending your young daughters off to college; that they have a 20% chance of being sexually assaulted while there; would you really allow them to go?

Before you answer that question, consider that this statistic; a 1 in 5 chance of being sexually assaulted in college would be 40 TIMES higher than the City of Detroit; probably the most violent and crime ridden city in the U.S.  Therefore, would you be more comfortable sending your college aged daughters into the most crime ridden areas of Detroit, or say, Belmont University in Nashville?

The answer of course is no.  So, let’s exercise a modicum of common sense in addressing this issue.

The college campus sexual misconduct issue must be addressed and investigated by qualified law enforcement personnel, not college administrators or professors with little to no training or experience.  College administrators do have a responsibility to make sure a safe campus for everyone, and that includes those accused of sexual misconduct in accordance with the constitution and due process requirements.

Hysteria and inflated and manufactured statistics must be replaced with common sense and accurate statistical compilation and information.  Let’s refrain from constructing a ‘survey’ in such a way that it seeks to achieve the result we want, rather, a survey that comes close to learning the truth of a certain problem.

If there is any true ‘epidemic’ in the college sexual misconduct arena, it is the ‘epidemic’ of false allegations.  Other than in a handful of occasions, persons who make false allegations are never sanctioned in any form.  There are a host of reasons for false allegations which we have covered at length; revenge, excessive consumption of alcohol, financial incentives, a break-up, a host of personality disorders and psychological disturbances, or a personal need for attention.

When sufficient probable cause exists; in accordance with all due process and constitutional protections, false accusers should and must be held to account either through the college disciplinary process, or when right, the criminal justice system.

We are in a social media, ‘Survivor,’ ‘Dancing with the Stars,’ ‘Facebook’ frenzy, where many want their ’15 minutes of fame.’  Go to any mall in America, and just take a look around at the denizens of those with their noses buried in their cell phones.  Some find a brief period of fame in logical and lawful ways, and some, sadly, seek it out by falsely accusing someone of sexual misconduct, becoming the ‘victim,’ or the ‘brave-brave-brave-brave’ survivor, featured at highly publicized ‘take back the night’ rallies, or even in the case of a highly publicized false accuser, invited to a presidential state of the union address by one of the rape hysterics in the legislature, who seems to see rapists behind every corner, building, and fraternity on college campuses, or behind every tank and Humvee in the military.  That’s called delusion; that’s called hallucination.  That’s called a distorted perception of reality, and there are some really nice doctors who can help with that problem. 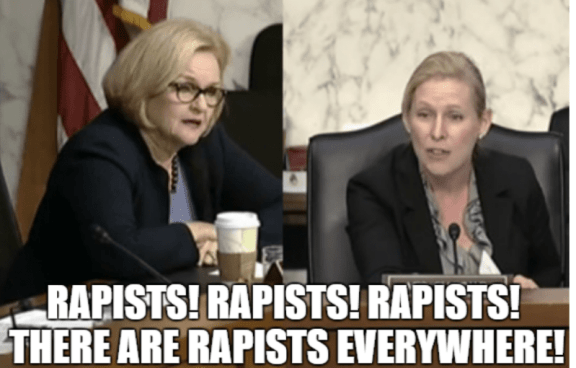 As the excellent documentary; ‘The Red Pill,’ by Cassie Jaye, and many commentators so eloquently allude, ‘when did we let the crazies take charge?’

Those accused must be afforded due process in accordance with constitutional protections, and must be allowed discovery and to the inherent right to face their accuser.  Simple; right?  This is not rocket science folks; we’re not sending people to the third moon of Saturn.

Let’s establish a protocol of common sense, facts and evidence, and not a protocol of hysteria, emotion, and feelings when addressing the issue of sexual misconduct on campus.  We owe that to those accused; falsely or not.  If we don’t or won’t, we have become nothing more than a third world “Stalinist’ banana republic, with the falsely accused relegated to the “gulags’ of lifetime consequences.  And we especially owe that to those who are truly victims.

The dedicated people at S.A.V.E. and all of those advocating for a common sense, fair and balanced college sexual misconduct policy should be commended for their tireless efforts, advocacy efforts, and fact based proposals.