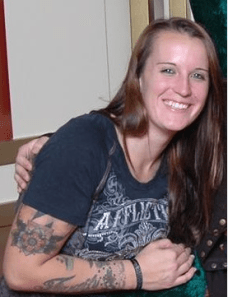 The complaint, now a matter of public record, filed July 2017, by the Save Our Heroes’ Project (SOH) requests the criminal investigation and prosecution of Kathleen Fisher (aka Kathleen Konicki), a former Marine, of Jacksonville, North Carolina. The complaint asserts that Fisher falsely accused an innocent Serviceman of rape; and, that the rape caused PTSD, thereby fraudulently qualifying her for substantial monthly military benefits, perhaps exceeding a million dollars over the course of her life. (Complaint cover letter 170807 FBI VA Cover Letter.)

The Serviceman has been completely exonerated. His lengthy military career turned upside down for years as he endured several adverse military actions, investigations and hearings. Consequently, he paid tens of thousands of dollars in legal fees and other related expenses. He and his family suffered unfathomable disruption, stress and heartache. Consequently, we will not cause him and his family more harm by revealing who he is.

The complaint says that Fischer may have violated the following federal laws;

In 2013, Fisher (then Kathleen Konicki or K.K.) a U.S. Marine E4 reported she was raped causing an exhaustive investigation that completely vindicated the wrongly accused Serviceman.  It was not a case of he-said she-said. There was no misunderstanding. No alcohol or drug impairment. It never happened. The allegation was pure fabrication for financial gain, a scam.

A female Judge Advocate, in charge of the facility where Fisher alleged she was raped, stated in an Affidavit that,

“K.K. [Fisher] is among the most calculating, aggressive, and untruthful complaining witness [es] that I have ever observed.”

Other comments in case documents state;

“… you have overwhelming evidence that K.K. has a psychopathic personality, is manipulative and aggressive, is adept at exploiting loopholes and gaming the system, and is a brazen and pathological liar.”

“She travels to court appearances with an entourage and seems to bask in the attention. “

“A Con Artist with a Financial Motive “

Roughly, 200 people were involved in the investigation, including but not limited to JAG personnel, prosecutors and defense counsel, military law enforcement agents, clerks, paralegals, administrative staff, Department of Defense personnel, evidence technicians, various medical professionals, and a variety of civilian personnel. The SOH complaint asks the government to recover the costs, perhaps over a million dollars.

SOH estimates that 400 or more service men languish in military confinement after being falsely accused and wrongfully convicted of various sexual misconduct offenses.  Aside from the obvious inequities and destruction of innocent lives, costs of investigating, prosecuting and confining those men could exceed billions of dollars over time. Worse, perhaps, false accusers typically go unsanctioned, free to commit more crimes.

However, Fisher was military, thus she is subject to court-martial. She may also be a candidate for a federal criminal indictment and trial. The complaint opines that sufficient probable cause exists for an indictment and conviction.  In fact, an anonymous JAG officer intimately familiar with the situation thought Fisher offered a perfect opportunity to prosecute a false accuser.

Records show Fisher was investigated for child abduction in Washington State and committed perjury seeking a restraining order; and, was involved in another sexual assault false allegation of a Serviceman.

False allegations of sexual misconduct in the military are rampant. The Fisher case and other data obtained tend to indicate fraudulent claims of Military Sexual Trauma for financial gain may be proliferating too. Moreover, it is easy. A medical expert testified that,

“… a copy of the report alone would qualify as adequate support for service connection,” he said, “often simply a copy of her orders showing she was … would suffice.”  In other words, her uncorroborated allegation, by default, gets her an initial 50% disability… it is standard procedure for the VA to upgrade it to 70% after a year if someone asks for an upgrade, without requiring any further documentation… PTSD is easy to fake… All of the symptoms are subjective and you read about them online… In addition, VA evaluators never bother to look for corroboration – they go by what the patient tells them… Her medical retirement is based on a lie, and it is fraud.”

Unfortunately, our VA system has significant loopholes, and con artists usually excel at manipulating and exploiting people and the system. Legitimate injury deserves recompense, but the current system is ripe for fraud and abuse, it may even encourage it, perhaps intentionally, at incredible costs, including suicides.

The SOH complaint suggests that Fisher’s falsely accused Serviceman and his witnesses may experience reprisals from commanders and elected federal officials. The complaint requests protections for innocent parties from undue command influence and retaliation; and, to swiftly investigate and prosecute any such acts, with which NCFM completely agrees.

In this case, Kathleen Fisher has earned a long prison sentence and a lifetime of misery. She needs to pay back us taxpayers and the Serviceman who she so viciously maligned.

Even if exonerated, the falsely accused are never the same, their lives irreparably damaged in far too many ways. NCFM applauds SOH for their investigative efforts and exhaustive roughly 300-page complaint package in this case. NCFM will continue to be involved and offer updates as applicable.