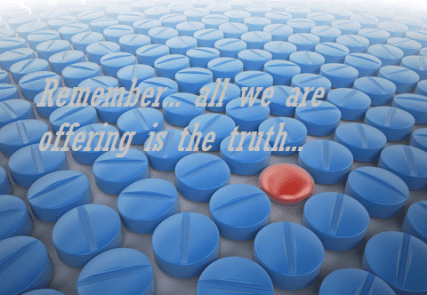 With her new documentary, feminist Cassie Jaye has napalmed an outmoded gender equality landscape into shards of dust, and remolded the smoking embers into an innovative narrative representing a modern day understanding. The Red Pill (theredpillmovie.com) is a spellbinding, and occasionally shocking, journey of enlightenment and introspection. The documentary is clean, sharp and full of hypnotic rhythms that crackle with meaningful radical revelations, uplifting our common humanity.

Unlike most equality rights advocates of her ilk, Ms. Jaye was decided to question the traditional worldview on gender equality and seek out hard facts and diverse accounts. She dove into the rabbit hole of misogynistic hate–a men’s rights advocacy group called A Voice for Men–and emerged with unexpected insights. She slayed the man-supporters, putting a knife into the racist, anti-women rape-apologist brutes. But the beasts were welcoming, pleasant and endured the battle.

Not surprisingly, after film editing when Cassie presented the documentary at various early forums, fellow suffragettes attacked and sought to shut the movie down, lashing out and spewing detestable bombast. Beyond protests in March 13, 2017, a Calgary women’s studies professor Rebecca Sullivan (on CBC news) offered up a disparaging review and slanderous comments about the film and about young males.

As always, the older powerful ladies behind the youthful women’s movement have been keen to silence alternative perspectives, since their primary objective has long been to dismantle the patriarchy–remove straight white men from positions of influence and ignore the support of human rights for boys, fathers and men. But their efforts are faltering. Amid the firestorm of protesting ideas, a fresh movement is afoot and masses are being enticed by original truths, inspiring an overdue reappraisal of a now destructive societal framework called gender equality.

LGBTQ folk, racial and cultural minorities, and women are, along with straight white men, basking in this revolutionary learning trend, aided by efforts such as Ms. Jaye’s. Millions of Men Going Their Own Way (MGTOW) and Red Pill supporters, together with numerous boys’, fathers’ and men’s rights advocates, are offering her their heartfelt thanks to Cassie. In seeking genuine equality, she and others are helping society to keep moving into a better future.

I never wanted children, but I was nevertheless inspired by an interview Ms. Jaye had with San Diego’s National Collation For Men (NCFM) Board President Harry Crouch, where they discussed how advances in men’s reproductive rights could create far-reaching harmony and cooperation between new moms and dads. Instead nowadays, when a woman and man choose unprotected sex and become pregnant, the moms’ choices for the child multiply while the father’s disappears, objectifying him as a penis rather than a human. Certainly, many men do decide to “hit and run,” but for those who believe, rightly so, that they are a part of the equation, they find societal and institutional inequities at work significantly against these fathers. The father has no right to the abortion, adoption and life decisions of his shared child, but is forced into financial support by the state if she chooses life. A formula that causes abhorrence between the potential mom and dad.

Indeed, the “one gender chooses” option often leaves men suffering. Therapist Janel Ball, of Healing Solutions Professional Counselling Services, wrote about a client who underwent nearly 10 years of therapy after being traumatized by his partner’s decision to have an abortion, even though he wanted the child and was prepared to be a father in every way. Another therapist, Tom Golden, LCSW, said he had seen men who had “struggled with the powerlessness of wanting children that their wives wanted to abort.”

In reality, “my body, my choice” only serves, as scholar “bell hooks” notes, to remove fathers from the picture and eviscerate white straight men, feminisms primary objective. The misguided mantra of glorifying single motherhood is socially pervasive, even though evidence indicates that fatherless boys have an 80% chance of dropping out, being imprisoned, or failing to attain viable employment. Unfortunately, many who rant, “Women don’t need a man to raise kids,” end up with one thing: lives of misery.

Ms. Jaye has also interviewed Michael S. Kimmel, a feminist-inspired author and sociologist. He and the insidiously misnamed American Men’s Studies Association (AMSA) have been active cheerleaders for the “men and masculinities” college pedagogy. Rather than being dedicated to achieving educational equality for males, who are light years behind females, they are the shills for a cultish activist ideology.

In their view, most young men are socially constructed by a toxic dominant hegemonic masculinity that favors aggression and violence toward women, and they, the AMSA, are focused on “repairing our faulty boys and men.” To them, males are to blame for what ails society; they must be changed to loosen patriarchy’s chokehold, commonly using male shaming tactics to accomplishment psychological reengineering. Kimmel and his lady leaders ignore toxic data identifying female jealousy, suspicion, nagging and threatening behavior as the primary catalysts for violent arguments between couples.

Certainly, most serious academics such as Dr. Jordan Peterson, consider their theories laughable–they are the Pet Rocks of modern quackery, perpetuating stereotypes that contribute to driving boys further into anti-social behaviors and suicide.

The Documentary Inspired my Personal Reveal

It isn’t just the experts who see the women’s lobby as exploitation for what it is. Many LGBTQ individuals are also moving beyond the narrow lens of gender equality. As a gay male growing up in the tumultuous ‘60s and ‘70s, I never saw eye to eye with my father. But instead of helping me, the women’s and gay liberation movements changed me for the worse. I learned to hate my father and distrust straight men in general (the establishment or patriarchy).

Over time, however, rational and forward-thinking individuals, inside and outside these groups, transported me toward a liberation. I widened my feminist lens and made it inclusive and embraced all of human diversity. I am now free from a moral authority with incomplete ideas. Indeed, it was after I reached 56 that my most life-fulfilling moment came about.

“Did I make you proud?” I called and asked my dad as my face scrunched and flushed with the words.

He went on telling me all the things I did to honor him as I lowered my head and screwed into a dry cry. I choked back hitches and gulps, not wanting to upset him. Little did I know, these were the words I’d waited a lifetime to embrace.

“I’m h–here.” It was as if years of sealed letters had suddenly been opened, missives from dad expressing unconditional acceptance. I met his measure; I was finally a man. I was in touch with my authentic masculinity. For males, there is no greater gift than this. And yet, most females will never really understand just how sacred it is. It is something that truly sets the two sexes apart.

I Recommend The Red Pill

This film upends history, shining a beacon on fresh understandings and shifting our world paradigm. I highly recommend The Red Pill–and give it five stars. Young adults will formulate a healthy view beyond those of early generations of adults and parents. I would also remind you that efforts to improve our lives require all sorts of assistance, including donations and volunteering. We must call upon our highest angels and work to end the hateful garner equality bias that exists today. We can promote a narrative that is fair for all, including society’s most important members, our boys and girls. They are the future.