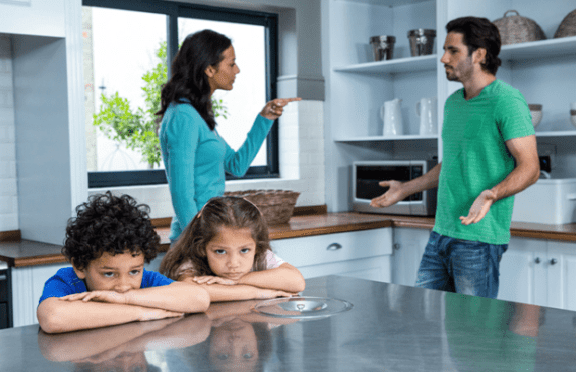 A battle against dads is underway in the United States where there reigns confusion and conflicting expectations about how household responsibilities should be divvied up. This regularly leads to rancorous negotiations, resentment and bickering among couples that are raising children together. The general perception is that fathers are deficient in picking up suitable household chores. In fact, many women’s groups maintain that fathers are patriarchal oppressors of their women who decide to stay home and look after the children. They say that a significant percentage of husbands and fathers are not “pitching in” on the domestic front (provoking supposedly justified complaints from their other halves). Other surveys find that men are the reason why an average couple bickers an estimated 2,455 times a year. No wonder there is a modern liberation movement called Men Going Their Own Way (MGTOW). These views are not only wrong and unfair, but also fail to take account of biological realities that would likely improve matters for all concerned.

If one looks under the hood, so to speak, of the traditional marriage arrangement –the husband, “Tom,” goes to work while his wife, “Mary,” and their two young children, remain at home – there is little equality, as such. Typically, family members assume their gender binary roles without thinking about differences in male-female brain circuitry. Among these is the way in which challenging situations are dealt with, which is exemplified by the joke about a couple getting lost in the big city: typically, he prefers to look at a map, while she favors asking somebody for directions.

Broadly speaking, biological imperatives play a key role in how people interact with the world. In Tom’s case, he is driven by a solution-oriented or problem-solver mindset. His family’s survival (as well as his own needs) rests on his shoulders. As a father, he will readily sacrifice himself to provide for his family and keep them safe. He maintains an upbeat relationship with colleagues and bosses, takes orders, solves problems, works hard, and puts in extra time and effort when asked. Faced with unexpected financial obligations, he is willing to work overtime and on weekends, or even pick up odd jobs, to ensure they are met.

In Mary’s case, her genetic wiring means she approaches life with a networking or people-oriented mindset. She deals with family obligations, including keeping things on an even keel at home, feeds, cleans and nurtures the children, and communicates with her husband, members of their extended families, and friends on a regular basis. She shares problems and sees herself as a social representative, giving a voice, where necessary, to her family and others, and helps attend to the day-to-day needs of those she cares about or is connected to in some way.

These differences do not necessarily create problems when husbands and wives are engaged in their individual routines, but things can easily become unsettled and difficult when they are together. When Tom heads home, odds are that he, like many workers, will feel the need for revitalization, nurturing and decompression. Mary, meanwhile, will likely be looking forward to communicating and sharing her day with the husband she loves. However, as the following example illustrates, their disparate needs and biological imperatives can turn good intentions into bad outcomes:

Mary’s heart soared when Tom walked in. She wanted to be with him.

“Daddy!” The children ran and greeted him excitedly.

Tom exhaled and targeted a familiar spot to relax – his chair. “It’s good to get a rest,” he said softly.

“How was work?” Mary tugged at her sleeves, one at a time.

Tom sighed and slumped into the cushion, lowering his eyelids.

Mary rubbed the back of her neck. “I’ve been alone with the kids all day.”

Tom was thinking of a beer.

“Aren’t you happy to see me?” Mary tapped a toe on the floor.

“Yes,” he said, as his shoulders curled inward.

Mary’s neck muscles tightened. “I hoped you would spend time with us.”

“Is there a beer in the kitchen?” he asked.

“Did you hear what I said?”

Tom’s hair hung over his face, hiding his eyes.

“Anyway…I ran into your mother at the dollar store today and she wants to have the kids and us over for lunch this Sunday at 11:00.” Mary snipped as her spine stiffened.

This was something Tom preferred to avoid. His mom and his wife often disagreed, putting him in the middle. He exhaled slowly with a moan.

Mary frowned and jabbed one hand towards the kitchen table. “Can you help me here?” she asked.

Suddenly, the tension was palpable and the children disappeared into their bedroom.

“I hoped you could watch your daughter while I unpacked the groceries?”

“I just need to rest” Tom said, ignored her nagging.

In only a matter of minutes, they had became locked into their positions. Over time, the bickering increased and became more caustic. Eventually, their feelings for each other diminished and the children suffered.

Things don’t have to end this way. If Tom and Mary had educated themselves on gender-driven mind circuitry, they might have been able to move beyond the sorts of interactions that have, sadly enough, become all too commonplace in today’s world. Indeed, it is likely that the above scene has been repeated countless millions of times, with only the names changed. In the end, one spouse ends up “winning” and ruling by intimidation, while the other has little choice but to submit.

Needless to say, in a world where males have become easy targets, and where self-serving individuals with axes to grind have hijacked gender “equality” for selfish and self-serving purposes, the myth persists that fathers are responsible and therefore they are the ones who must change. But dad, you can fight back with science.

In truth, many problems could be resolved through a better understanding of genetic realities. By discarding the false notions of gender equality theory and embracing our biological differences, there could be greater harmony between men and women. For Tom, knowing that his wife’s brain is oriented toward people networking could help him better understand her needs, motivations and actions. For Mary, being aware that her husband was a solution-oriented problem-solver could be similarly enlightening. With that, their end-of-the-day conversation could look altogether different:

Mary’s heart soared when Tom walked in. She had been with the kids all day and wanted to be with him. But she reminded herself of how focused he is at work and that he needed time to reorient himself.

“Daddy!” the children ran and greeted him excitedly.

Tom exhaled and targeted a familiar spot to relax – his chair. However, he understood that Mary had a long day of running around with the children, cleaning up, shopping and other needs.

“Good to get a rest from work,” he said warmly. “Let me catch up with you in about a half hour.”

Mary smiled. “Can I get you a beer?” she responded.

She wiped her hands and brought him a beer. “Let me know when you’re ready?”

He sipped the drink, closed his eyes, and allowed the day to fade from his mind. After twenty minutes or so, he rose and stretched. “After we eat, I’d like to dry and put the dishes away if you do the washing up?”

Mary used Tom’s shoulder as a shelf, lowered her head and sighed. “That sounds wonderful,” she said.

“I’ll get the plates,” the older one announced.

For a moment, Mary’s heart was full; her family was all together helping get dinner ready. “By the way, you’re mother invited us to lunch this Sunday.”

“Okay, but can we make a few ground rules first?”

“Let’s have lunch and leave within a half hour. We must both promise to limit the conversation to the crazy wig my mom will be wearing.” He smiled.

“I love you for that,” he said, pulling his shoulders back.

The key to understanding

When men and women interact based on an understanding of their differences, it is easy to see that neither males nor females are the problem. Rather, the enemy is ignorance. Our society has become obsessed with the false god of gender equality. Many have been brainwashed into thinking that the inherent disparities represent a battle line between the sexes rather than a way of bringing them together. Once people recognize the mechanisms that influence and drive human needs and behavior, society will see clear improvement in communication and harmony in marriages and relationships.